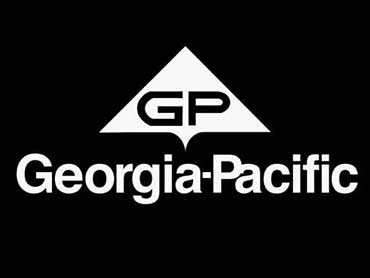 He's still tough and sexy, but the new Brawny man doesn't mind helping with the housework.

The paper towel maker was expected to announce five finalists for its new product model Saturday, and the nominations make the traditional mustachioed lumberjack look like a throwback.

According to the company, four of the five finalists are firefighters, but their sensitive sides got more attention than their biceps.

Tremayne Jackson of St. Louis delivered a baby in the back of a speeding vehicle. Former Minnesota firefighter Doug Friberg shovels snow for invalid neighbors in the winter.

The girlfriend of Rycklon Stephen, a social worker from Brooklyn, had an even less manly reason for nominating her beau, commenting: "I can even depend on Ryck to pick up feminine hygiene products for me. What's more tough?!?"

The other two finalists were Dominic Vivolo of Ohio and Mario Cantacessi of California.

Thousands of women who sent nominations for the new beefcake rated helpfulness over muscles and said a perfect man would be using the paper towels, not just selling them.

The man in charge of the contest said he was amazed how many women chose strength of character over brawn.

"The responses we got were unbelievable. People kept saying, 'They don't have to lift a car, they don't have be the strongest person. They just need to be there,"' said Michael Adams, Brawny brand manager for Georgia-Pacific Co., which makes the towels.

Online voting continues for two weeks, with the new Brawny man to appear on towel rolls late this year.

The package needs a new design because the Brawny man has changed little since his debut in 1974 as a flannel-wearing blonde, Adams said.

Over the years, he got new hair (shorter with a side part) and a new shirt (he ditched the flannel for blue denim two years ago), but otherwise he's the same guy who's been pitching paper towels for years.

"It was a great brand that had been neglected and lost a lot of market share," said company spokeswoman Alison Jones. "This contest was a good way to get that back."