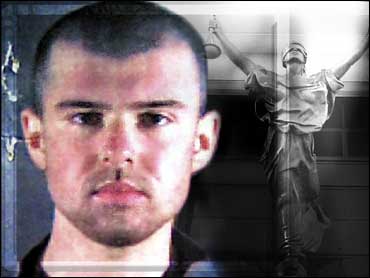 
While you are enjoying a mid-summer weekend, federal prosecutors and defense attorneys will be gearing up for a major pre-trial hearing in John Walker Lindh's conspiracy and terror-aid case, now scheduled for trial on August 26th. The hearing starts Monday and may last over a week, depending upon how many witnesses U.S. District Judge T.S. Ellis III wants to hear from. He'll then have to decide whether certain statements Lindh made while in custody in Afghanistan last December may be introduced against him at his trial.

In most suppression-of-evidence hearings, there is one main piece of evidence or one main interrogation session that the defense seeks to block from jurors. Sometimes it's a gun or a knife that perhaps was improperly secured from a crime scene. Sometimes it's the jailhouse statement of the defendant who turns around and says he never said boo to the cops. Usually, the evidence comes in. Usually, absent extraordinary misconduct by law enforcement officials, judges figure that jurors can sort out what's what at trial and that defense attorneys can raise the credibility and reliability issues they want to raise.

Things are a little more complicated in the Lindh case. There is no single Lindh statement over which the parties will do battle. There are three types of statements in dispute and each type presents different legal challenges for both sides. Perhaps the best way to think about what will happen during the hearing in federal court in Alexandria, Virginia is to think of the arguments as a sliding scale: the more incriminating the statements against Lindh may be, the more difficult it will be for the government to justify their use at trial.

At one end of the scale are statements Lindh made Dec. 1 to Special Forces troops and Robert Pelton, a CNN journalist. Pelton videotaped portions of that interview -- you've probably seen portions of that disturbing interview on television -- and now Lindh's attorneys are trying to suppress the statements on the grounds that Lindh was not advised of his rights before U.S. troops questioned him and that his physical condition precluded those statements from being voluntary as the law requires. Lindh's lawyers also note, more in anger than in legal relevance, that Lindh on several occasions told Pelton that he did not want to be interviewed.

The government says that jurors shouldn't be precluded from seeing the interview because the few questions asked by Special Forces troops weren't the types of questions "designed to elicit incriminating responses for use in a criminal prosecution. Prosecutors also note, more in relief than in anger, that Pelton was just a "private citizen" who happened to be in the right place at the right time to get the Lindh interview.

The government likely will win this fight within a fight but the actual interview itself cuts both ways. Whatever incriminating statements Lindh may have said to CNN may be overshadowed by how awful he looked and sounded at the time. To a defense arguing generally that its client was dazed and confused when asked tough questions by overzealous guards, the tape may be a blessing.

In the middle of the scale are interviews military officials conducted with Lindh between Dec. 2-7. These interviews, which apparently were not videotaped, are more detailed and thus perhaps more incriminating to Lindh but the government will have a tougher time getting them past the judge. Lindh's lawyers argue here that he was in custody and thus should have been advised of his Miranda rights -- the right to remain silent, the right to an attorney, etc. -- before he was questioned by military interrogators.

Prosecutors contend that the interviews conducted during this time were not for law enforcement purposes, either. But, of course, the fruits of those interviews now are at issue in a criminal case. This is a close call. Judge Ellis will have to decide if the questioning of Lindh for military intelligence purposes evolved (or devolved, depending upon your point of view) into the questioning of him for criminal prosecution purposes at some point in that first week of December and, if so, when. It could go either way.

Finally, at the other end of the scale, there is the FBI interview of Lindh on Dec. 9-10. These interviews are likely to have the most impact on the trial but they also generate the biggest legal risk for prosecutors. Clearly, by the time FBI Agent Christopher Reimann read Lindh his rights on Dec. 9, Lindh was a suspect in a criminal investigation. The main question here is whether Lindh effectively waived his rights to remain silent and to have a lawyer when he signed a waiver form before talking to Reimann.

Usually, this is a no-brainer. A signed Advice of Rights form nine times out of ten means a voluntary confession. But Lindh's physical condition and the circumstances of his confinement give his attorneys at least a fighting chance to convince the judge that he signed under duress and coercion. And it doesn't help federal prosecutors that the Agent Reimann never told Lindh that Lindh's parents had hired an attorney for him six days earlier. The defense contends that Reimann told Lindh "there are no lawyers here" while reading the Advice of Rights. Prosecutors contend that Reimann told Lindh that since there were no lawyers present there would be no interview if Lindh wanted a lawyer.

Judge Ellis will sort out the evidence and his rulings will help us sort out where it all fits in on the sliding scale and in the case.