James William Lazarro was the picture of health, a strapping baby boy and a welcome future playmate for his older brother Sam.

"We were thinking about T-ball teams and bunk beds," recalls his mother, Jamie.

But when James was just eight months old, he suddenly stopped breathing one morning and died.

Says his father, Tom, "At that point they concluded preliminarily that it was SIDS (sudden infant death syndrome)."

But after a little sleuthing Tom and Jamie Lazarro discovered that their son had a rare genetic disorder that left him unable to absorb fat, reports CBS News Correspondent Elizabeth Kaledin. Though relieved to have an answer for Jim's death, they also learned the anguishing truth: a simple test could have prevented it.

"We were angry. We were very angry," says Jamie. "How could there be a test that was cheap, that was simple to do, that would have saved our son?"

How simple? It involves a pin prick on a newborn baby's heel. Blood is collected, dried on a postcard, and sent off for analysis called tandem mass spectrometry.

"There are literally thousands of babies a year that die or are severely damaged by conditions that can be detected through expanded newborn screening," says Edwin Naylor of Neo-Gen Screening.

But the practice of screening newborns for a broad range of genetic disorders is still in its infancy and is largely up to individual states. Pennsylvania and Massachusetts screen for nearly 30 disorders, while others (like Utah and Kentucky) look for three or four.

James Lazarro had the misfortune of being born in Wisconsin, where there was no expanded screening. His parents never knew that just changing his baby formula would save his life.

But for many genetic disorders, there is no treatment at all and as more states consider expanded screening programs, there is concern about the ethics of searching out diseases that have no cure.

Other doctors believe treatments will improve as we learn more about genetics, adding that since the technology exists to uncover even the rarest disorders, all states should make it available.

The Lazarros would agree. The same test that came too late for one child came just in time for another, revealing that their newborn daughter, Anna, does not share her brother's defective gene.

Something to celebrate. Finally.
©MMII CBS Worldwide Inc. All Rights Reserved. This material may not be published, broadcast, rewritten, or redistributed 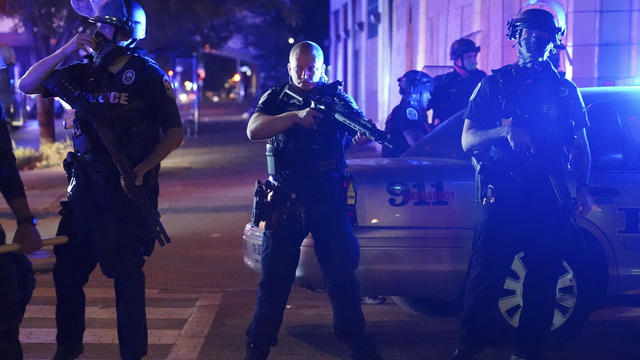