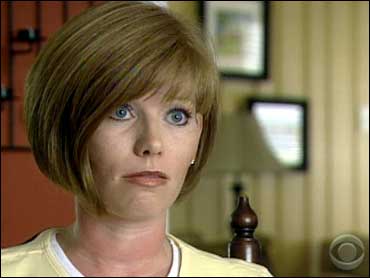 While most of Birmingham, Ala., motored to work, Brannon Dawkins wasn't burning gas in rush hour.

She was painting her sister's nursery. Dawkins now works four ten-hour days a week at her job at the Birmingham Chamber of Commerce, CBS News correspondent Mark Strassmann reports.

"It's leaving at five vs. six and not having to sit in traffic and idle all the way home," Dawkins said. "I've really seen a difference in my gas tank."

The city of Birmingham just took that step for almost 2,500 employees.

The city's mayor says it's all about gas prices.

"My car comes first. I'll eat later,' said Birmingham Mayor Larry Langford. "At some point, America is going to have to come to grips with the real world."

Next month, almost all Utah state government will shut down on Fridays, a $3 million yearly saving.

One recent survey estimated 1/6 of them now have four days in the work week.

"It's pretty clear to me that more and more people are considering it every day," said Professor Rex Facer of Brigham Young University. "We've been getting phone calls every day from new governments and private firms as well that are thinking: 'how can we do this?'"

In Birmingham, Carolyn Turner can now do her commute more cheaply. Hers is fairly typical, about thirty miles to her staff job in City Hall.

"I was the first in the office to raise my hand, 'please, please let me do it!' because I was really feeling the pressure," Turner said.

For real gas savings, Birmingham commuters have few options. Its mass-transit system, mostly buses, is not in good shape - like most other U.S. cities. And there's no light rail.

"Buses are horrible," Mayor Langford said. "They break down every 25 miles, if that much."

On the four days she goes to the office, Brannon Dawkins also now car-pools.

It's one more adjustment to keep the work commute from busting the budget.