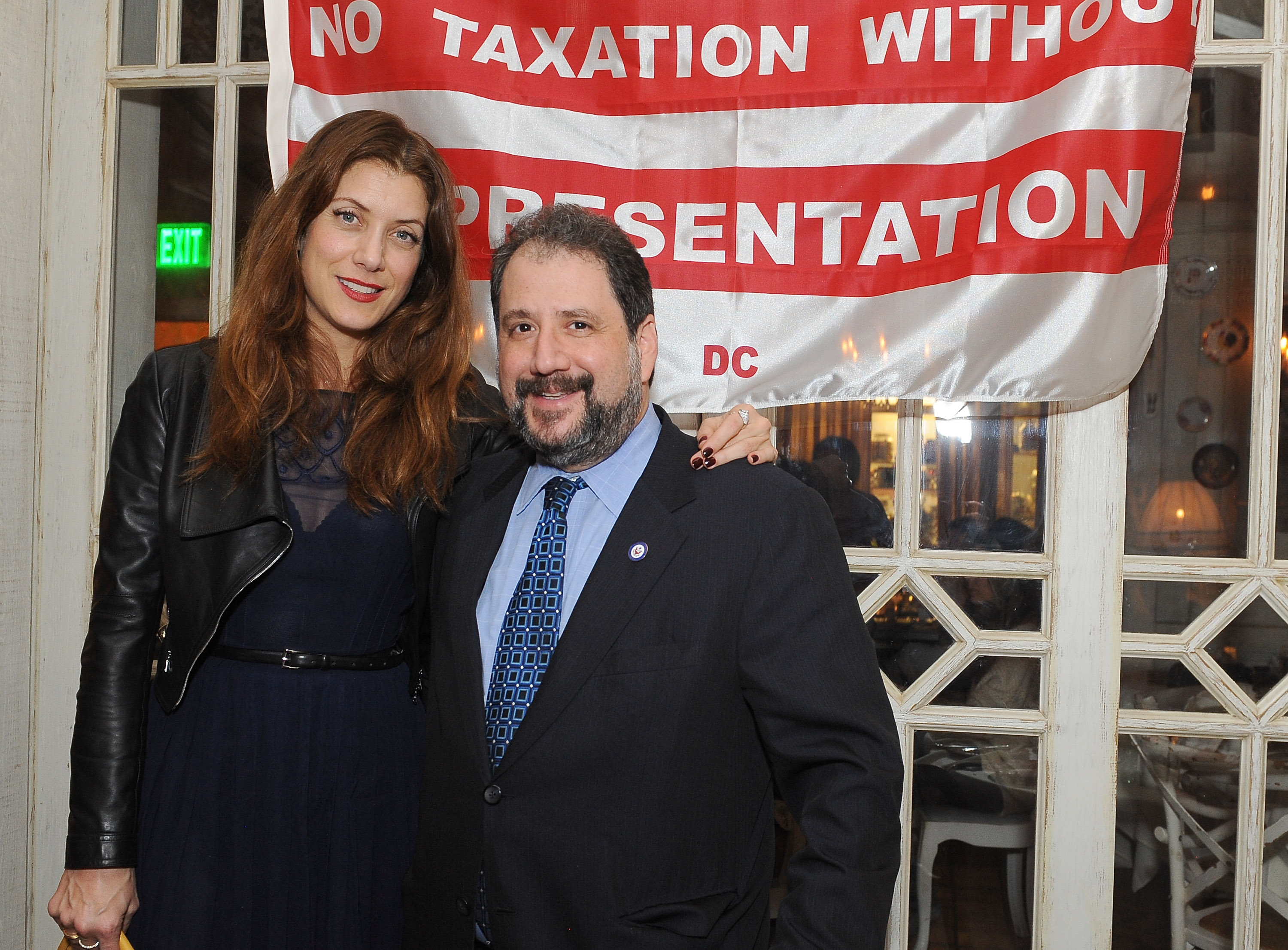 When television star Hayden Panettiere found herself in a room with Washington, D.C.'s shadow senator Paul Strauss in 2008, she saw a good opportunity to get another lawmaker on board with efforts to save the whales.

Strauss admittedly didn't know who she was. Perhaps more disappointing for the celebrity activist, he couldn't really do much for her cause.

"I would love to save the whales and clean up the environment... but I can't vote for anything," Strauss recalls explaining to Panettiere. Instead, Strauss recruited Panettiere, then the star of NBC's "Heroes," to join his cause -- pushing for D.C. statehood. She appeared in a public service announcement with Strauss asking people to "be a hero, help end taxation without representation here in D.C."

That PSA marked the start of Strauss' effort to add some star power to the debate. Now, Strauss is launching a campaign called "51 stars." The aim is to get 51 celebrities to endorse adding that 51st star to the U.S. flag for D.C. statehood.

"For any good cause you need your activists on the ground and your inside game, and then you need a more a little star power -- let's face it, it helps," Strauss told CBS News. "We saw a couple things that worked with the 'NoH8 movement on equality, and we're very pleased with the results we're getting."

So far, Strauss has taped PSAs with actor and director Mario Van Peebles; Alexis Carra from ABC's "Mixology"; Evan Handler, who's known from "Sex and the City." He's in the process of recruiting more celebrities like Richard Schiff, who played Toby on "The West Wing," and screenwriter Mark Boal, who wrote "Zero Dark Thirty."

The campaign coincides with Strauss' campaign for a third term as the District's shadow senator; he's facing off against Democratic primary challenger Pete Ross on Tuesday.

Since the District isn't a state, Strauss can't vote in the Senate, nor can he access the Senate floor. The same goes for the District's other shadow senator, Democrat Michael D. Brown. Unlike Strauss and Brown, who aren't recognized by the Senate, Delegate Eleanor Holmes Norton, also a Democrat, is the only official representative of Washington, D.C. in Congress. However, as a non-voting delegate on par with fellow delegates from U.S. territories, she can't vote on the House floor. But unlike U.S. territories, Washington's more than 600,000 residents pay federal taxes but have no voting representation in Congress.

"There are moments when not being able to vote gets a little more poignant," Strauss said, pointing to efforts to restore long-term unemployment insurance, where one vote would have made the difference.

Since he can't vote, Strauss' job in the Senate primarily entails advocating for more District autonomy and representation. The effort dates back to the Civil Rights era. "Before the debate became red and blue, there was an unfortunate history of black and white," Strauss noted. Now, however, the lack of representation for District residents is perpetuated by "petty partisan politics," he said.

If the District were to become a state, its voting representatives would almost surely be Democrats -- more than 90 percent of District voters voted for President Obama in the 2012 election.

The full House of Representatives last voted for a bill to make D.C. a state in 1993, but many Democrats and nearly every Republican voted against it.

In 2010, lawmakers tried to work out a compromise to give D.C. one vote in the House; to address the GOP's concerns about giving Democrats another vote, the bill would have given another House vote to the deep-red state of Utah as well. The legislation was killed, however, when Republicans added amendments to loosen gun control in the District.

Now, there's finally some more movement on the issue -- Sen. Tom Carper, D-Del., the chairman of the Senate Committee on Homeland Security and Government Affairs - the Senate committee that technically has authority over D.C. - has sponsored a bill to make D.C. a state and has pledged to hold a hearing in his committee on the matter. Senate Majority Leader Harry Reid, D-Nev., and 13 other senators have signed on as co-sponsors of the bill.

Technically, Congress has authority over all Washington, D.C. laws, but from a conservative point of view, interfering in the city's business amounts to redundancy and a waste of government resources.

"Realistically, we have a very good chance on the budget and legislative autonomy bills," Strauss said. "On statehood, do we expect it to pass? Probably not, but... the fact that we're having a hearing on a bill for the first time since 1993, that's real momentum."