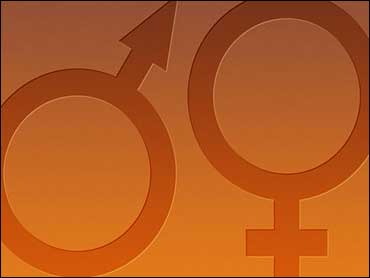 Transgender issues have been in the news with the recent announcement that Cher's daughter, Chaz Bono, is transitioning from female to male. This subject has been plagued by misunderstanding and fear of the unknown. Transgender children are often shamed, bullied, and made to feel totally alone. As adolescents and adults, they face denial of adequate medical coverage and other forms of discrimination - and worse. Just two months ago, a Colorado man was found guilty of murdering an 18 year old transgender woman in what was judged to be a hate crime.

Chaz's decision to go public with his private struggle is extremely brave. His publicist said, "It is Chaz's hope that his choice to transition will open the hearts and minds of the public regarding this issue ..." Step one in reaching the public is defining terms. The terminology surrounding gender issues can be confusing. "Transgender man,", "transmale," and "affirmed male" have all been used to refer to a biological female who transitions to a male. I found a glossary of transgender terminology offered by the NCTE to be extremely helpful.

What exactly does transitioning mean? It's the period during which somebody starts to live as his/her new gender. It can include changing a name or legal documents, taking hormones, and getting surgery. One misconception is that transitioning requires surgery. It doesn't. As Mara Keisling, the Executive Director for the National Center for Transgender Equality (NCTE) told me, "Most transsexuals don't get surgery. This is about gender identity, not about genitals."

There's a lot of controversy and confusion but experts agree on two crucial concepts:

1) Being transgender is not a choice.
2) Biological sex and gender identity are two different things.

There are people whose external appearance is female but who have felt they were male since they were toddlers - and vice-versa. Norman P. Spack, M.D., an endocrinologist at Children's Hospital in Boston, Dept. of Pediatrics, Harvard Medical School, has been treating transgender patients since 1985 and significant numbers of teenagers since 1998.
Most of his patients have told him "as far back as they can really remember that they were in the wrong body." Dr. Spack said, "there's a heavy skew to under 6 years."

Nobody knows how many transgender people exist. The very definition of transgender can differ from study to study. Some only count people undergoing hormonal/surgical treatment; others rely on self-identification. In the Netherlands and Belgium, estimates based on patients receiving surgery and/or hormones were about 1 in 12-13,000 for transfemales and 1 in 30-34,000 for transmales.

But Mara Keisling told me those estimates are way too low. "Our best estimate is that one quarter to three quarters of one percent of Americans are transsexuals." That's
2.5 to 7.5 in a thousand. Dr. Spack's estimate is about one in a thousand.

We are not close to understanding all the variables that go into determining why someone feels trapped in the body of the wrong sex. Parents often feel guilty but the wide consensus is that parenting does not cause a child to be become transgender. Research in animals suggests that there are critical periods of development during fetal or neonatal life during which exposure to testosterone influences the sexual differentiation of the brain But we're far from putting together any sort of unified theory of gender identity that weaves together genes, cell biology, hormones, brain wiring, and nurturing.

Experts stress that transgender is part of a wide continuum of gender identity. As Stephanie Brill and Rachel Pepper say in The Transgender Child: A Handbook for Families and Professionals, "Today, gender can no longer really be considered a two-option category." They emphasize the importance of patients and families understanding that they are not alone and that there are competent professionals who can help. They say they wrote the book, which I found to be very helpful, to "provide caring families with helpful tools they can use to raise their gender-nonconforming children so they may feel more comfortable both in their bodies and in the world." The authors quote Dr. Spack who, referring approvingly to the Dutch treatment of adolescents by delaying puberty and giving them hormones, said: "Suicide attempts, so frequent elsewhere, are almost unknown because parents and children know that they will be taken care of and will ultimately join a society known for its tolerance." Referring to his own patients, Dr. Spack told me "They may be anxious, they may be depressed, but many, many no longer have psychiatric diagnoses after they are treated properly."

In today's video segment of CBS Doc Dot Com, I speak to Dr. Ward Carpenter of the Callen-Lorde Community Health Center in NYC, a facility that provides care to patients across the spectrum of gender identity and sexuality. In the segment that follows, Dr. Carpenter explains what surgery and hormones can entail. A warning: it's a graphic description. Its purpose is not to shock but to educate. Hopefully, better education will lead to less misunderstanding, less fear, and wider acceptance for people like Chaz Bono.