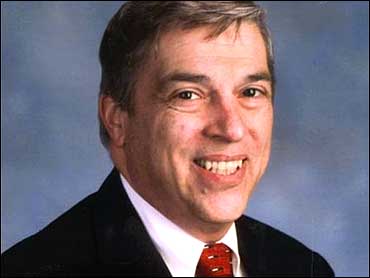 The United States built a secret tunnel under the Soviet Embassy in Washington, but investigators believe the operation was betrayed by the FBI agent accused of spying for Moscow, according to a New York Times report.

This operation, which current U.S. law enforcement and intelligence officials indicated was run jointly by the FBI and the National Security Agency, was part of a broad American effort to eavesdrop on Soviet - later Russian - facilities and personnel operating in the United States, the paper's Sunday Internet edition wrote.

Incensed by the report, Russia's Foreign Ministry on Monday demanded that the United States provide details. The ministry issued a statement suggesting that Moscow was officially unaware of the tunnel's existence.

If the report is true, the statement said, "this will be a flagrant violation of the recognized norms of international law that throughout the world govern relations with foreign diplomatic missions."

"If it were true that such a tunnel were dug, I couldn't talk about it anyway," Vice President Dick Cheney told CBS News' Face The Nation on Sunday.

Spokesmen at the FBI and the White House declined to comment on the tunnel operation, as well.

CBS News Correspondent Bob Orr reports that a source familiar with the top secret project has confirmed that the U.S. did indeed build the secret tunnel, for the purpose of listening in on the Russians.

Current and former U.S. officials estimated that the tunnel construction and related intelligence-gathering activities cost several hundred million dollars, apparently making it the most expensive clandestine intelligence operation that the agent, Robert Hanssen, is accused of betraying, the Times said.

Hanssen, a 27 year veteran of the FBI, is scheduled for a preliminary appearance in federal court in Virginia on Monday.

According to the Times, the secret tunnel was reportedly designed as part of a sophisticated operation to eavesdrop on communicationand conversations in the Soviet Embassy complex, which was built in the 1970s and 1980s.

In the 1980s, at about the time the tunnel operation was under way, the United States and the Soviet Union argued bitterly over their respective embassies in Moscow and Washington, with Washington accusing Moscow of spying at both locations, the paper said.

The U.S. government has never publicly disclosed the existence of the tunnel, but in an FBI affidavit in the Hanssen case, the government said that Hanssen "compromised an entire technical program of enormous value, expense and importance to the United States government," the Times report added.

The paper said officials told them that that referred to the tunnel operation and related intelligence activities.

"I don't think we'll know the full extent of the damage until there's been an opportunity to do a sort of a damage assessment that normally occurs after these kinds of episodes. And then we'll have a good fix on exactly how much was in fact compromised," Cheney said of the Hanssen case in general terms on Face The Nation.

The Times said it could not be determined when the government believed Hanssen betrayed the tunnel operation.