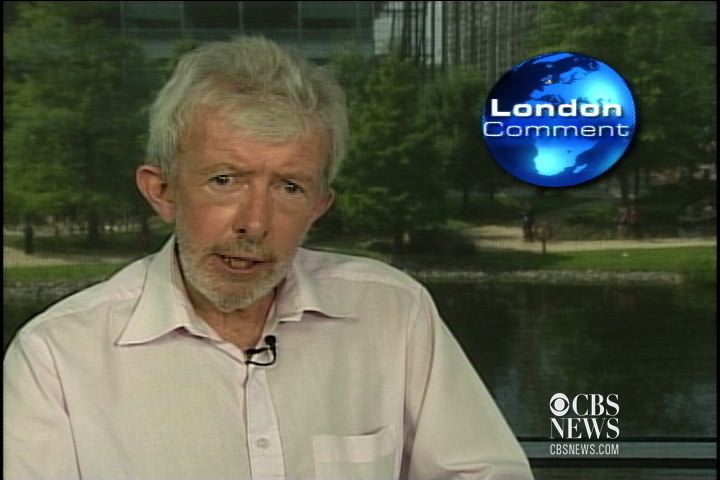 My non-fellow Americans, I owe you an apology.

When I sat in this chair three weeks ago, I brought you predictions of chaos on the streets of London, gridlocked traffic - because ordinary drivers were banned from big sections of key roads - railroad cars jammed with passengers, the swamping of Heathrow Airport and not enough security guards -- in short, an Olympic nightmare well worth avoiding. And that was before Michael Phelps confessed that most Olympic swimmers take a quiet leak in the pool when they're training.

So, sorry America. I got it wrong. Largely because the British Government scared the pants off us all and told thousands of its own employees to stay away from London.

In this country we're a compliant lot. We follow the leader. So we all stayed away and waited for disaster to happen. And so far, it hasn't. Quite the reverse. The gloom-mongers said the opening ceremony would be a flop. But it was great. And when those of us lucky enough to get tickets braved the journey to the Olympic Park the experience was far from a nightmare. Those exclusive lanes for Olympic traffic never really got busy, so the authorities let us have many of them back. There was plenty of room on the railroads and the tube, loads of helpful security staff and an atmosphere so positive that it has infected us all ever since.

You can still find a tiny band of die-hard grumpy Londoners who prefer to go around with permanent scowls and a bad word for anything and everything to do with Olympic events. These folk say they're sick of happy people on the streets who are polite to everyone and whose worst crime is to wave the national flag with enthusiasm. They reckon the Olympics were bad for business. They say they want their city back. And, yes, they'll probably get it. All the ugly realities of normal life will soon return.

But I sincerely hope we can retain a little of that rare commodity that only comes when you see people doing things to the limit of their energy and skill - with our nation's sportsmen winning the largest number of gold medals for more than a hundred years, the Olympics put pride back into British sport again. And I never forecast that three weeks ago.