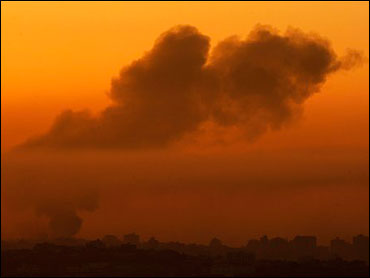 This column was written by Uri Avnery.


The following humble suggestions are based on my seventy years of experience as an underground fighter, special forces soldier in the 1948 war, editor-in-chief of a newsmagazine, member of the Knesset and founding member of a peace movement:

1) As far as Israeli-Arab peace is concerned, you should act from Day One.

2) Israeli elections are due to take place in February 2009. You can have an indirect but important and constructive impact on the outcome, by announcing your unequivocal determination to achieve Israeli-Palestinian, Israeli-Syrian and Israeli-all-Arab peace in 2009.

3) Unfortunately, all your predecessors since 1967 have played a double game. While paying lip service to peace, and sometimes going through the motions of making some effort for peace, they have in practice supported our governments in moving in the very opposite direction. In particular, they have given tacit approval to the building and enlargement of Israeli settlements in the occupied Palestinian and Syrian territories, each of which is a land mine on the road to peace.

4) All the settlements are illegal in international law. The distinction sometimes made between "illegal" outposts and the other settlements is a propaganda ploy designed to obscure this simple truth.

5) All the settlements since 1967 have been built with the express purpose of making a Palestinian state--and hence peace--impossible, by cutting the territory of the prospective State of Palestine into ribbons. Practically all our government departments and the army have openly or secretly helped to build, consolidate and enlarge the settlements--as confirmed by the 2005 report prepared for the government by lawyer Talia Sasson.

6) By now, the number of settlers in the West Bank has reached some 250,000 (apart from the 200,000 settlers in the Greater Jerusalem area, whose status is somewhat different). They are politically isolated, and sometimes detested by the majority of the Israel public, but enjoy significant support in the army and government ministries.

7) No Israeli government would dare to confront the concentrated political and material might of the settlers. Such a confrontation would need very strong leadership and the unstinting support of the President of the United States to have any chance of success.

8) Lacking these, all "peace negotiations" are a sham. The Israeli government and its US backers have done everything possible to prevent the negotiations with both the Palestinians and the Syrians from reaching any conclusion, for fear of provoking a confrontation with the settlers and their supporters. The present "Annapolis" negotiations are as hollow as all the preceding ones, each side keeping up the pretense for its own political interests.

9) The Clinton administration, and even more so the Bush administration, allowed the Israeli government to keep up this pretense. It is therefore imperative to prevent members of these administrations from diverting your Middle Eastern policy into the old channels.

10) It is important for you to make a complete new start, and to state this publicly. Discredited ideas and failed initiatives--such as the Bush "vision," the Road Map, Annapolis and the like--should be thrown into the junkyard of history.

11) To make a new start, the aim of American policy should be stated clearly and succinctly. This should be: to achieve a peace based on the two-state solution within a defined time span (say, by the end of 2009).

12) It should be pointed out that this aim is based on a reassessment of the American national interest, in order to extract the poison from American-Arab and American-Muslim relations, strengthen peace-oriented regimes, defeat Al Qaeda-type terrorism, end the Iraq and Afghanistan wars and achieve a viable accommodation with Iran.

13) The terms of Israeli-Palestinian peace are clear. They have been crystallized in thousands of hours of negotiations, conferences, meetings and conversations. They are:

13.1) A sovereign and viable State of Palestine will be established side by side with the State of Israel.

13.2) The border between the two states will be based on the pre-1967 Armistice Line (the "Green Line"). Insubstantial alterations can be arrived at by mutual agreement on an exchange of territories on a 1:1 basis.

13.4) All Israeli settlements--except any which might be joined to Israel in the framework of a mutually agreed exchange of territories-- will be evacuated (see 15 below).

13.5) Israel will recognize in principle the right of the refugees to return. A Joint Commission for Truth and Reconciliation, composed of Palestinian, Israeli and international historians, will examine the events of 1948 and 1967 and determine who was responsible for what. Each individual refugee will be given the choice between (1) repatriation to the State of Palestine, (2) remaining where he/she is living now and receiving generous compensation, (3) returning to Israel and being resettled, (4) emigrating to any other country, with generous compensation. The number of refugees who will return to Israeli territory will be fixed by mutual agreement, it being understood that nothing will be done that materially alters the demographic composition of the Israeli population. The large funds needed for the implementation of this solution must be provided by the international community in the interest of world peace. This will save much of the money spent today on military expenditure and direct grants from the United States.

13.6) The West Bank, East Jerusalem and the Gaza Strip constitute one national unit. An extraterritorial connection (road, railway, tunnel or bridge) will connect the West Bank with the Gaza Strip.

13.7) Israel and Syria will sign a peace agreement. Israel will withdraw to the pre-1967 line and all settlements on the Golan Heights will be dismantled. Syria will cease all anti-Israeli activities conducted directly or by proxy. The two parties will establish normal relations between them.

13.8) In accordance with the Saudi Peace Initiative, all member states of the Arab League will recognize Israel and establish normal relations with it. Talks about a future Middle Eastern Union, on the model of the EU, possibly to include Turkey and Iran, may be considered.

14) Palestinian unity is essential for peace. Peace made with only one section of the people is worthless. The US will facilitate Palestinian reconciliation and the unification of Palestinian structures. To this end, the US will end its boycott of Hamas, which won the last elections, start a political dialogue with the movement and encourage Israel to do the same. The US will respect any result of democratic Palestinian elections.

15) The US will aid the government of Israel in confronting the settlement problem. As from now, settlers will be given one year to leave the occupied territories voluntarily in return for compensation that will allow them to build their homes in Israel proper. After that, all settlements--except those within any areas to be joined to Israel under the peace agreement--will be evacuated.

16) I suggest that you, as president of the United States, come to Israel and address the Israeli people personally, not only from the rostrum of the Knesset but also at a mass rally in Tel-Aviv's Rabin Square. President Anwar Sadat of Egypt came to Israel in 1977, and, by addressing the Israeli people directly, completely changed their attitude towards peace with Egypt. At present, most Israelis feel insecure, uncertain and afraid of any daring peace initiative, partly because of a deep distrust of anything coming from the Arab side. Your personal intervention, at the critical moment, could literally do wonders in creating the psychological basis for peace.

Uri Avnery is a veteran of Israel's 1948 war, a former Member of the Knesset, founder of the Gush Shalom peace movement and winner of the 2001 Right Livelihood Award, often called the "alternative Nobel Peace Prize." His book "1948: A Soldier's Tale, the Bloody Road to Jerusalem," which was published in Hebrew soon after the 1948 war and was a bestseller in Israel, has just been translated into English for the first time by Oneworld Publications.
By Uri Avnery
Reprinted with permission from The Nation