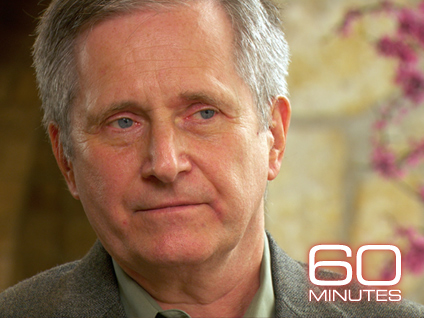 Update: An earlier version of this report included a screen shot of the website of The Sovereign Society. The Sovereign Society is a publishing company that provides advice on investment and tax strategies to maximize personal wealth and autonomy. The Society counsels its readers that tax evasion is illegal and warns against "declaring yourself a 'sovereign citizen' who supposedly is no longer subject to laws, courts or taxes." The Society does not condone violence and has never been accused of violent behavior.

This is a story about a group of Americans you've likely never heard of: they're called "sovereign citizens." Many don't pay taxes, carry a driver's license or hold a Social Security card. They have little regard for the police or the courts, and some have become violent.

The FBI lists them among the nation's top domestic terror threats.

By some estimates, there are as many as 300,000 sovereign citizens in the U.S. And with the sluggish economy and mortgage mess, their ranks are growing.

It's just the kind of movement that attracted people like Jerry Kane. A divorced, out-of-work truck driver from Ohio, Kane became a sovereign citizen in 2003 when he lost his house to foreclosure. To earn a living, he and his son began crisscrossing the country peddling a debt reduction scam.

Kane promised that by tapping into an imaginary government account people could achieve financial salvation. "It fits in all kinds of situations. It doesn't matter what we're talking about...traffic ticket, IRS, mortgage, credit card, hospital bill, child support. Whatever it is," he told an audience at one of his seminars.

By 2009, Kane's self confidence and trademark white jacket could only mask reality. In truth, he was flat broke. His debt elimination seminars were a bust.

As a sovereign citizen, Kane didn't carry a driver's license. His car was registered to a bogus charity. Traffic stops led to arrests, and with each one, Kane's anger towards authority deepened.

Absorbing it all was Kane's 16 year-old son, Joe, home-schooled and raised on sovereign ideology.

A dashboard camera captured what happened next: Kane got out of the van. He appeared argumentative. Instead of a license, he had handed over a document declaring his sovereignty. The officers seemed confused by it. Then, there was a scuffle.

"I heard a call go out on my radio, and it said 'Officer down!' The second time she says two officers down at mile marker 275," West Memphis Police Chief Bob Paudert told correspondent Byron Pitts.

Chief Paudert was among the first to arrive. One officer lay motionless on the roadway; a second was in a ditch. Fellow cops came to his aid.

"They kept sayin', 'Bill, you're gonna be okay, Bill, you're gonna be okay.' Well I knew then it was Bill Evans. And I ran down the hill to Bill. He was wounded very badly. And as I started up the incline a sergeant was there and he stopped me. He said, 'Chief, please don't go up there.' I said, 'Is it Brandon?' He said, 'Yes,'" Paudert remembered.

"I went up there. And Brandon was lying on his back with his gun still in his right hand, clutched in his hand," Paudert remembered.

Brandon Paudert died instantly from a bullet to the head; Bill Evans was declared dead at a hospital. They had taken 25 bullets between them.

The police cornered Jerry and Joe Kane 90 minutes later. The Kanes wounded two more lawmen before they were killed in a WalMart parking lot.

At roll call on a day we were with him, he stressed to his officers the importance of knowing who they are and dangers they pose. "If Brandon and Bill had known these were sovereign citizens, they would be with us today. They didn't know," he told his officers.

"Sovereign citizen, in its simplest form, believes that he is above the law," she explained.

MacNab has testified before Congress and is writing a book about the movement. "He has a twisted sense of history and he thinks that people who lived in the 18th century were free of all legal constraints. And they want to return to that time now," she said.

Jerry and Joe Kane were part of an anti-government movement whose roots date back to the racist Posse Comitatus of the 1970s and the Montana Freemen of the 1990s. Convicted Oklahoma City bomber Terry Nichols was a sovereign citizen. And tax filings by actor Wesley Snipes, convicted of tax evasion in 2008, include numerous examples of sovereign language.

Asked if they're paranoid, she told Pitts, "Many are."

"Most are," she replied.

Adask is what's called a sovereign "guru," one of the movement's leading voices. A roofer by trade, Adask once published a magazine critical of the legal system.

"Why is the sovereign citizen movement growing?" Pitts asked.

"What's driving people to it is they're beginning to understand that the government has moved away from fundamental principles that this nation was built on. Where are the limits in limited government? The sovereignty movement is attempting to rediscover those limits and reassert them," Adask said.

Adask told Pitts he is eligible for Social Security but that he is not collecting on his benefit.

Asked why not, Adask said, "If you take these benefits you wind up being in the status of the subject rather than a sovereign."

"When they're due," he replied, adding, "You don't necessarily - it's not true that everyone has to pay taxes."

Adask told Pitts the IRS has come after him for back taxes, but that he did not pay.

"You don't like this government very much, do you?" Pitts asked.

"I think the government has gone far beyond its Constitutional limits," Adask said. "They think, 'Hey, we're the government. We can do anything.' And some people are saying, 'No, I don't think you can.'"

Adask - like other sovereign "gurus" - shares his views on the Internet. With no formal organization to join, dues to pay or leaders to elect, the sovereign citizen movement exists largely online where ideology is discussed in chat rooms and on Web sites. Jerry Kane had his own Web site, and today there plenty more.

In addition to sites featuring sovereign IDs, phony vehicle registration and license tags, people can watch an endless stream of mind numbing seminars on how - with just the right paperwork - you too can beat the system.

"You can't really believe in what they peddle unless you've turned off a common sense switch. They think that if they sign documents in red crayons it takes them out of the jurisdiction of the court," J.J. MacNab explained. "They think that if they sign their name on an angle or put a thumb print in blood, I mean, I can come up with several hundred of these examples that sound ludicrous to someone outside. To the people within the movement, they make perfect sense."

But when those efforts to beat the system fail, a sovereign citizen will often seek retribution. The weapon of choice is paper. For example, when a sovereign has a run-in with the law, they might file a lien or financial claim against the personal assets of the police officer or the judge involved. It's easy to file and you don't even need a lawyer.

The sovereign never collects, but the target of the lien can have their credit ruined. The practice has been called "paper terrorism."

"I have liens against me in three states in this country for a half a billion dollars," Robert Vosper, the town justice in tiny Rosendale, N.Y., told Pitts.

Vosper thought there was something odd about a defendant named Richard Ulloa, who appeared in his court room over a misdemeanor traffic offense.

Ulloa refused to cooperate during his arraignment, so Vosper set bail. And that's when Ulloa inundated Vosper's court with paper.

"We're talking a couple of pieces of paper?" Pitts asked.

"No, no, it was 20, 30 sheets he would crank out on his computer of quasi-lookin' - like if a layperson looked at it, you would say, 'Boy, this guy's pretty good. Look at all the law in here,'" Vosper explained.

"But you looked at it and thought what?" Pitts asked.

Eventually, Ulloa and two other sovereign citizens filed liens against Judge Vosper and other local officials in excess of $1.24 trillion.

The three men were convicted on federal mail fraud charges. But when Vosper learned one of them had contacts with associates of Jerry Kane of the West Memphis shooting, he increased security at the courthouse and took some personal measures.

"I've been a justice for 20 years. I worked 30 years in the penitentiary system. I'm scared," Vosper said.

"But you're a guy from Queens. You don't scare easy, right?" Pitts asked.

"No. Thirty years in the penitentiary, I never felt I had to carry a weapon. I've been carrying a weapon for a year and a half," he replied.

"Because of your encounter with this sovereign citizen?" Pitts asked.

"Yeah. I've slept with a gun under my mattress for the last year and a half," Vosper said.

Another reason for Vosper's concern is the marked increase in violence associated with sovereign citizens, much of it directed at police and judges.

A South Carolina sovereign citizen awaits execution for killing two lawmen in a standoff; in Texas, a sovereign faces attempted capital murder charges in the shooting of three men, two of them sheriff's deputies.

And an Alaska sovereign citizen and five others are charged with plotting to kill two judges, state troopers and an IRS agent.

"What did you mean by that?" Pitts asked.

"I'm simply saying, one of the ways you prevent the misconstruction or abuse of the powers of the constitution is by letting the people in Washington understand that you are armed. That's the idea behind this. It's saying, 'Look, we're armed. down here, don't mess with us,'" Adask said

"In this current atmosphere, after the shooting in Arizona where a federal judge was killed, five other people were killed, a U.S. congressman was injured and 12 other people were shot and injured, some people might find your remarks troubling," Pitts said.

"Yeah, some people might. You know, I find it troubling that the government would try to restrict our right to keep and bear arms. The threat of violence is required because they will not listen. The system will not listen to people like me unless there are other people that back me up who have guns," Asked said.

"Obviously, the guy's crazy," Chief Bob Paudert said. "And I think he ought to be brought up on charges. I know that we have a First Amendment, right, freedom of speech. But how far can you take that First Amendment before it becomes inflammatory and to the point of being treasonous?"

In the year since the shooting of his son, Paudert has been traveling the country, training law enforcement officers on how to identify a sovereign citizen and how to avoid trouble should they encounter one.

"It's a mission for me. Who better to deliver the message than someone who has lost so much?" Paudert asked.

"Sovereign citizens have a history of going after law enforcement who give them a hard time," Pitts pointed out.