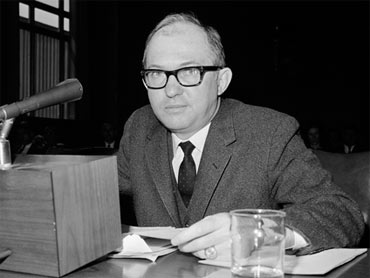 Everyone seems to be talking about microdermabrasion. More than a million people will get it done this year. But what is it? How does it work? And does it hurt? The Early Show ConsumerWatch correspondent Susan Koeppen finds out.

Cover Girl's ad has Rupaul's song in the background telling women, "You better work! Work it, girl!" And for years, women have been working it, doing just about anything to get that youthful glow, all in hopes of ending up with perfect skin.

Now, they're even blasting their way to a better complexion.

Dr. Heidi Waldorf says, "Microdermabrasion is one of the most popular, non-invasive procedures done in the United States today."

Dr. Waldorf is a top dermatologist at Mount Sinai Medical Center in New York City. She sees patients every day who want microdermabrasion.

"The nice thing about it," she says, "is that someone can go in, have it done, and go right back to work."

Patients like 42-year-old Adel Teplitz swear by it. She gets it done once a month, and says she looks ten years younger.

How has it changed her face?

"I would have to say it's smoother," Teplitz says, "More youthful looking in appearance - diminishing of fine lines."

Dr. Waldorf says microdermabrasion will brighten your skin, smooth it out; your face will have a fresher look and feel, but you need to have realistic expectations. While it can work on fine lines and wrinkles, "It's not going to get rid of the deep lines," she says, "It's not the equivalent of a face lift."

Here's how microdermabrasion works: Dr. Waldorf uses a wand to shoot crystals onto the skin. They remove dead skin cells, which are then sucked away by a vacuum.

The procedure only takes about 5 to 10 minutes. But does it hurt? Maryann Protass is about to find out. She's trying microdermabrasion for the very first time.

"I just feel like I'm reaching that age," Protass says. "I'm in my mid-30s now, and I am starting to notice a couple of lines, and my skin's not as youthful as it used to be, and basically to just refresh and renew."

Experts say this procedure is perfectly safe when it's done right. But dermatologists like Dr. Douglas Altchek have seen a not-so-pretty side to microdermabrasion.

Dr. Altchek says, "The field is not regulated. So anyone who feels like it can call themselves a micodermabrater."

And that can lead to trouble. Dr. Altchek has helped several patients fix their skin after a bad experience with microdermabrasion performed by someone who was inexperienced in the procedure.

He says, "I've seen a number of complications from microderabrasion ranging from abrasions, contusions, hematomas, black and blue marks, scrapes and burns."

But what about those "at-home" microdermabrasion kits? Are they safe? Experts say: Yes, as long as you don't overuse them, and follow the directions closely.

Dr. Waldorf says, "I'd recommend an at-home kit be used no more than once a week. Remember, the at-home kits are generally milder than the in-office procedure. But you can still get irritation."

Maryann Protass decided to leave it up to a professional, and after her first try, she says she is satisfied.

"I feel like I'm glowing," she says. "My skin feels soft, and it's just a fresh feeling. "

She also says it did not hurt. And she is coming back for more.

To get the best results, you need 5 to 6 sessions over several months, and then, monthly maintenance.

Microdermabrasion is not for people with severe acne, skin infections, or people who want to get rid of deep wrinkles.