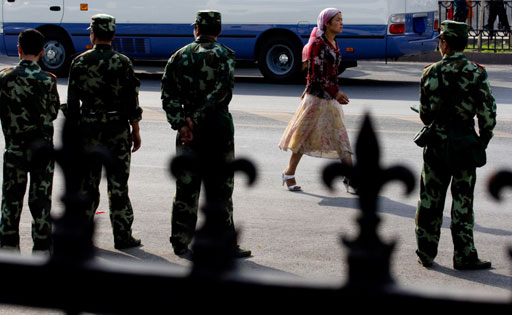 One in six couples experiences infertility, and studies show that women undergoing fertility treatments have the same stress levels as women who have cancer or HIV. Of course, stress only makes getting pregnant harder.

The Early Show correspondent Melinda Murphy met a group of women who are treating their infertility by addressing more than just the body.

She caught up with these women at a retreat based on the ancient art of Chinese medicine. The woman who runs it claims to having amazing results. The patients she works with each hopes she'll be her next success story.

Sunnie Sabol says, "Part of being in love with someone is wanting to create a child together in the likeness of the two of you."

But her doctor uttered a single sentence that turned her wedding-day dreams of starting a family, upside down.

"You will never have a natural child on your own," Sabol recalls. "It's crushing. You just feel broken."

"Your whole life becomes about infertility," she says. "I mean, that whole year, that's all we did. We lived cycle to cycle to surgery to cycle."

Dr. Randine Lewis says, "It was really out of a sense of absolute desperation that I started looking for other ways to address my problems." Her own search for a baby led her to the ancient art of Chinese medicine.

She says, "After three and a half years of unsuccessful attempts, within three months, I was pregnant."

Dr. Lewis is now a proud mother and has devoted herself to helping other women get pregnant like she did.

Western medicine didn't work for Robin Nichols either. After miscarrying three times, she turned to Dr. Lewis for help.

Nichols says, "Some of my treatments with her have really released intense emotions, and made me cry, very emotional. It's just pretty amazing how I feel after her treatments."

But Chinese medicine is more than just acupuncture and herbs. The thousand-year-old art believes everything must be in balance in order to get pregnant.

Dr. Lewis explains, "You cannot treat a symptom without treating the whole being. I don't treat infertility. I bring out the fertility."

To do that, Dr. Lewis and her partner, Mary Jane White, now run fertility retreats. CBS went to one at the Miraval Spa in Arizona.

Every retreat is packed with workshops, treatments, and emotion.

Infertility can be such a heart-wrenching topic, that out of 14 attending this retreat, Nichols and Sabol were the only two women who would talk about it on camera.

White says, "A lot of the women don't talk about these problems so they finally get to a place here with other women where they can talk; they can cry; they can be who they are; they can tell what's going on."

Despite all the optimism, doctors trained in western medicine aren't convinced.

Dr. Pak Chung notes, "There has been no scientific evidence that these therapies are effective." He is a fertility expert at New York Presbetyrian Weill Cornell Medical in New York City.

Dr. Chung explains, "It's very, very hard to separate whether it is the alternative therapy, which is getting them pregnant, or whether they are just more persistent in pursuing the conventional therapies. Most of the data concerning these therapies in the literature are at best a very small series of patients of sometimes just anecdotal experiences."

Though there have been studies showing acupuncture does have a positive effect. Still, the holistic approach is a bit controversial.

Some women combine Dr. Lewis' techniques with western fertility-assisted technologies like IVF. And when you add it all together, Dr. Lewis claims her patients have a much higher success rate than any other treatment out there.

While a pregnancy is the ultimate hope, there is a secondary goal, too: Learning to live life again with or without a baby.

"Your life just isn't about infertility," Sabol says. "You have so much more in this world to contribute, yourself, your soul. A baby will come; it might not be right now, when you want it, or how you want it. But it will come. It's going to work. I'm going to be a mom."

Dr. Lewis recommends attending three retreats in a row, each lasting five days, because it takes a while for your body to come in balance.