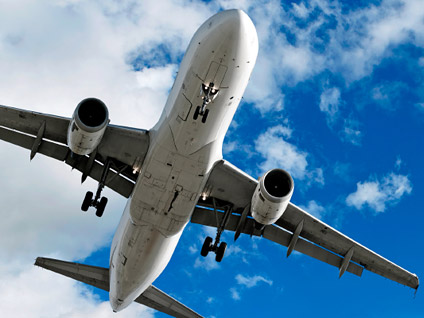 "Road to Perdition" features many celebrated actors, including Tom Hanks, Jude Law, and Paul Newman. In the midst of all this celebrity is a young newcomer, Tyler Hoechlin.

The film is a dark tale with a heart about a hitman father and his 12-year-old son on the run from the mob in the 1930s.

You would think that playing the role of Tom Hanks' son in an Oscar-worthy movie would go to someone with an extensive resume.

However, this is not true of Tyler. His film resume is very short; he has only appeared in one other movie, "Family Tree" (2000).

In fact, it was Tyler's younger brother who got the call from the movie's casting director.

"My brother got the original call," says Tyler. "He did some modeling for Guess and the casting director saw him, and said, 'Oh, we want that kid.' And my agent said, 'Well, he's got an older brother, if you're interested.' So, we called like three times. And they finally said, 'Well, bring him in.'"

Tyler admits he was uneasy about some of the words used in the script. He says that he changed his mind about this because of his brothers.

"We got the lines, and there was some lines I wasn't really comfortable with being a Christian. And so I said, 'Well, I'm not gonna do it.' And then we (my brother and I) went in, and my little brother did it. And I was like, 'Well, if he's gonna do it, I'm gonna do it,'" Tyler says.

The following day, Hoechlin found out from director Sam Mendes that he had received the part.

Tyler acknowledged the fact that being a young actor and the way in which his character was written helped him play his part.

"I think being a kid actor is more just natural than it is like portraying an character," he says. "A lot of the way he (his character, Michael Sullivan Jr.) said his dialogue is how I would normally say it. So, it wasn't too hard to put on an emotion or anything like that with the line."

In the company of such great actors, Tyler says he was not nervous, but excited.

"You never stop being excited, but nervous," he says. "I never really was nervous. I got to meet everybody at rehearsals and that was really cool."

With Tom Hanks, there was no need for an introduction.

"I actually met Tom (Hanks) in an office with Sam Mendes. And he just came up and says, 'Hi, I'm Tom Hanks.' I was like, 'Well, you could have just said Tom,'" Tyler recalls.

As unbelievable as working with all these great actors was, Tyler is still surrounded by those that will help keep him grounded.

"My brothers always give me a hard time, as usual," he says. " So, it's okay. We're a sarcastic family."

How Smart Is Your Dog?