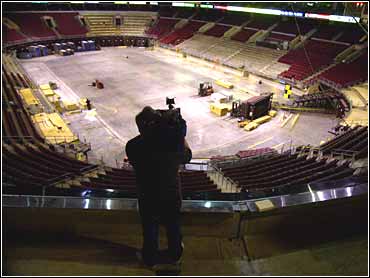 Education, Social Security and the need for an inclusive party are among the major themes of this year's Republican National Convention, organizers said Monday.

GOP presidential nominee-in-waiting George W. Bush wants to emphasize these issues although they are more often discussed at Democratic events. He wants to project a different image of Republicans to the nation during the July 31-Aug. 3 convention in Philadelphia.

There also will not be a night dedicated to attacking Democratic candidates and policies.

"Governor Bush is more interested in attacking our country's problems than scoring points against his opponents," Card said, noting some speakers will "compare and contrast" Bush's policies with those of Vice President Al Gore, the likely Democratic nominee, and the Clinton administration

The convention slogan is "Renewing America's Purpose ... Together" and each of the four nights will highlight a different theme.

The Republican convention also will depart from tradition in other ways, said Card, a transportation secretary under former President Bush, father of the likely nominee.

The roll call of the states may be spread over several nights, wrapping up on Wednesday. Each night will be dedicated to future priorities, rather than the past and attacks on the other party. The vice presidential nominee will speak Wednesday night, leaving Thursday to Bush.

A keynote speaker has yet to be named.