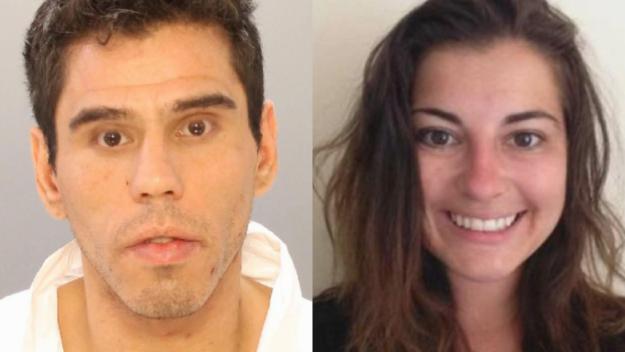 According to Philly.com, a woman who lived in Hupperterz's apartment building testified that she called police on the night of the homicide after hearing banging in the backyard of the building around 2 a.m. on August 31. Noelle Sterling reportedly said that police came and talked to her but soon left.

"It sounded terrifying, almost like if you were in a horror movie and a girl screamed, but it was worse," she said.

Sterling, a Temple graduate student, said the screams continued for about four minutes before stopping, reports Philly.com. She said Temple police again responded and spoke with her, and again left.

"There were no words, just screams," she said, according to Philly.com.

Assistant District Attorney Jude Conroy said the victim was beaten and stabbed and had a ceramic bowl smashed over her head.

Jenna's parents and friends filled the courtroom as the prosecution laid out their case and a timeline showing how Hupperterz allegedly transported Burleigh's body from his Philadelphia basement apartment to a shed on his family's property about two hours away.

Prosecutors say he enlisted the help of his cousin and a Lyft driver to move a tote with her body inside — and told both men that books or clothes were inside. According to Philly.com, the cousin, Erik Carlsen, testified he saw Hupperterz "cleaning up blood" in the living room of his apartment the afternoon of Aug. 31, his right hand bleeding from what Hupperterz said was a cut he got while he was drunk.

The defense tried to poke holes at law enforcement's reports, and argued that charges should be lowered to voluntary manslaughter – a request the judge denied, maintaining homicide, abuse of corpse and assault charges.

Hupperterz is due in court in December.