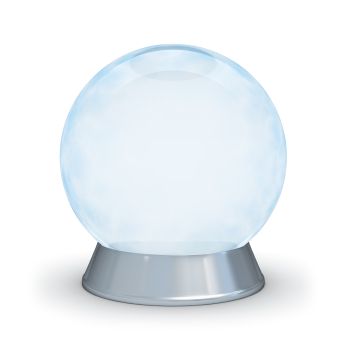 The imminent arrival of 2012 is a time to not only look back, but ahead.

And that's precisely what "The Early Show on Saturday Morning" did as far as show business is concerned, looking to Us Weekly Senior Editor Ian Drew for predictions about who and what will be big in the new year.

Which movies will break the box office in 2012?

"The Dark Knight Rises" has huge expectations to be the king of the box office this coming summer, especially since the last installment was both critically acclaimed and one of the highest-grossing movies of all time. It will also mark the last time Christian Bale will be playing the caped crusader.

Other movies vying for your dollars will be "The Hunger Games," which promises to be the new "Twilight," and "The Hobbit," a prequel to "Lord of the Rings."

Who will be king or queen of the music charts in 2012?

This will be the year of Madonna. She has a new album and tour at age 53. Plus, she's the featured performer at this year's Super Bowl. I'm expecting her to be big again.

Who's going to attract the biggest crowds on tour?

The big news is the reuniting of David Lee Roth with Van Halen. They are recording their first studio album since their successful "1984" and going on tour. And no, Michael Anthony will not be a part of it.

Bruce Springsteen is also recording a new album and planning a world tour. This will be the first time he won't have late saxophonist Clarence Clemmons with him.

Adele is also scheduled to make up a lot of missed tour dates after recovering from vocal surgery this year.

How will TV landscape shape up?

I think musical competition shows like "American Idol" and "X Factor" will continue to decline. I think people have had enough. "America's Got Talent" might get a boost because of its new judge, Howard Stern, but that's about it. I also think recession reality programs like "Storage Wars," "Extreme Couponing" and "Pawn Stars" will continue to dominate, because of the economy's continuing struggle.

Who will be the biggest celebrity name in 2012?

Once again, I'd have to say Kim Kardashian. Everybody wants to know who she'll be dating next. People just can't get enough of her. Even with everything that happened, her show, "Kim and Kourtney Take New York," premiered to higher ratings so, despite talk of backlash, viewers are still interested in Kim.

It's also going to be a big year for babies: Jessica Simpson and her boyfriend are engaged and expecting. Beyonce and Jay Z are also expecting a baby any day now. Both births will be big news. Also, we had a huge event in 2011 with the royal wedding. Now, all eyes will continue to be on Kate in 2012 for a possible royal baby bump.

It also should be a big year for weddings: Britney Spears and Jason Trawick just got engaged and we hear they want to tie the knot soon and are planning a summer wedding.

America's sweetheart, Jennifer Aniston, is in a happy relationship with Justin Theroux. Fans want Jen to be happy, and 2012 may be a big year for her. Sources say they've talked at length about getting married and starting a family.

Who will the new breakout stars be?