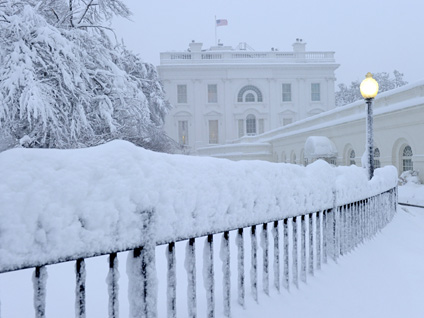 Sonia Gandhi has abandoned her plans to become India's first foreign-born prime minister, members of her Congress party and its allies said Tuesday.

Earlier in the day, Gandhi met with President A.P.J. Abdul Kalam but did not, as widely expected, leave with his approval to form a minority government.

Gandhi said she would meet with the head of state again on Wednesday.

In the meantime, financial markets soared on speculation that someone else would lead the country following last week's electoral upset of Prime Minister Atal Bihari Vajpayee National Democratic Alliance coalition.

Later Tuesday, a top Congress official, Salman Khurshid, said Gandhi would probably not seek the prime ministership. "Everybody knows ... This is what's happening," he said.

"I've been informed that Sonia Gandhi is considering the position again," said Somnath Chatterjee, an elected Parliament member from the Communist Party of India-Marxist. "There are rumors that her children are against her becoming prime minister, maybe because of security reasons."

There was no immediate comment from the Italian-born Gandhi, 52, who was expected to hold a news conference later Tuesday.

Earlier, Oscar Fernandes, a Congress party general secretary, insisted there was "nothing to sort out" and denied the speculation that she was hesitant to become prime minister.

Somnath Chatterjee, however, an elected Parliament member from the Communist Party of India-Marxist and a Congress party ally, said, "I've been informed that Sonia Gandhi is considering the position again."

"We worked so hard under her leadership. If she does not become the PM, our whole cause is lost," he said. "This is something that the Congress workers will go to any lengths to change."

Congress sources said Gandhi was forwarding the names of Manmohan Singh and Pranab Kumar Mukerjee, both of whom were Congress finance ministers. Singh was the architect of India's economic liberalization program, and many believe he would be able to strike a balance between demands for leftists and policies that benefit businesses.

The benchmark index of the Bombay Stock Exchange, the Sensex, ended up 8.6 percent to provisionally close at 4893.64 points, a day after the biggest one-day dive in its 129-year history.

Subhas C. Kashyap, an expert on parliamentary affairs, said the president may be taking time because he is not yet satisfied that Gandhi can provide a stable government. The Indian constitution says the president should appoint the prime minister, but it doesn't say how.

"It's entirely up to the president to follow his own method, in satisfying himself that the person he appoints enjoys the confidence of the house," he said.

The new Parliament must sit by Aug. 6, six months from the day that the previous legislature was dissolved.

The Congress party and its allies did not win an outright majority in Parliament in the six-week elections that ended last week, but the two communist parties have said they would support her bid to become prime minister.

Investors fear Gandhi may have to backtrack on her pledge to go forward with economic liberalization, or that the Communists, with 62 seats in the 545-member parliament, could block key reforms such as the privatization of state-run companies.

Gandhi needs the leftist parties because even with the announced backing Monday of the socialist Samajwadi Party, the Congress would have only 257 seats, short of the 272 it needs for a majority among the 543 elected seats of the lower house of Parliament, the Lok Sabha.