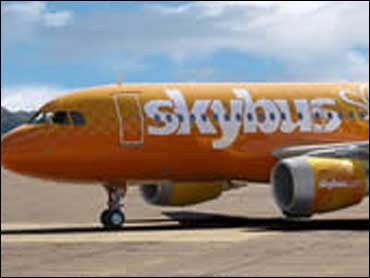 Steven Petz had a bright future last winter when he left home for his first semester at Ferris State University in Big Rapids, Mich. "He was pretty self-reliant so I wasn't worried about his safety," says Jim Petz.

But two months after leaving home, the Petz's son was lying in an emergency room, struggling to survive. By the time his parents arrived at the hospital, it was too late.

"I just turned and looked in and said, 'Is my son dead?' and they had to answer my question. So they did," remembers Jim Petz.

Steven Petz died of alcohol poisoning, the result of a fraternity drinking game he had played the night before.

It happened at the home of the Knights of the College Leaders, or KCL, an off-campus, unauthorized fraternity he was trying to join.

"I didn't think it was a good idea," says Ruth Petz. "He told me about this hazing and he wanted to get it over with. He called it 'hell week.'"

Hell week is the time when many fraternities put their pledges to the test - hazing them by subjecting them to difficult, often humiliating rituals.

The night before Steven Petz's death, he played a game called the 'wheel of torture'.

Explains Ruth Petz, "They sat in a circle, (and) would spin the wheel. And when it was your turn to spin, you had to drink what the wheel said."

When the game ended, Petz had passed out and was put to bed. By 8 o'clock the next morning, he was barely breathing. Despite his condition, more than one hour passed before the fraternity brothers drove him to the hospital.

Big Rapids Police Chief Kevin Courtney immediately opened an investigation. "This was not an accident; this was the result of very, very egregious behavior on the part of a group," says Courtney. "And I don't think it's unreasonable for us to hold them criminally accountable for their behavior."

In the past, similar incidents have been treated as tragic accidents with students eing suspended or expelled. But this case is being called a landmark because six of Steven Petz's fraternity brothers were arrested and charged with crimes, including involuntary manslaughter.

At San Diego State University, freshman Daniel Kornweibel was almost another victim of over-consumption during a fraternity hazing. "They said I barely escaped death," he says.

Kornweibel was hazed last October when a member of Tau Kappa Epsilon asked him to his apartment to answer questions about the fraternity's history. "He says,...'every time you get a wrong answer, you're going to drink,'" recalls Kornweibel.

A custodian working late that night discovered him lying outside the student center and got him to a hospital.

Daniel's father, Ted Kornweibel, is a professor at San Diego State. He was able to persuade the university to expel TKE from its campus. But he wants more, tougher laws to punish dangerous behavior. "I don't think that fraternities are going to get the message...unless there is a prospect of much more serious consequences from the criminal system." he says.

As for Steven Petz's KCL fraternity brothers, before the trial, they pled guilty - some to lesser crimes - and received reduced ail terms. Four have already been sentenced, one to just 16 days.

"They're slaps on the wrist, that's what I feel," says Jim Petz in reaction to what he believes were light sentences.

For Jim and Ruth Petz, no sentence will bring back their son.

"Be aware of what your kids are getting into," warns Jim Petz. "Even though your children are grown up and they're off at school and everything...they still need guidance."