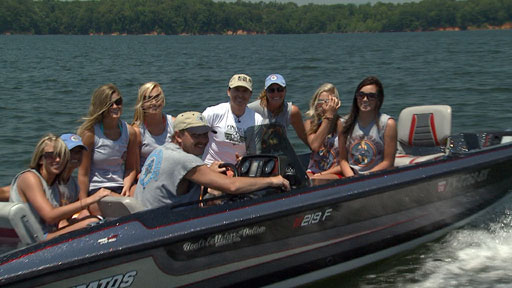 The school bus never stopped at the secluded trailer on Hickory Crossroads in rural North Carolina because for five years Nissa and Kent Warren home schooled their children.

Then, as CBS News Correspondent Vince Gonzales reports, county workers got an anonymous tip: better check on those kids.

"This is one of those cases that will always haunt me," says Tom Lock, the Johnston County district attorney.

For weeks, the parents tried to keep social workers out until the day detectives and Lock were called in.

"I was stunned at the squalor that I saw," says Lock. "There was rotting food, animal feces on the floor. I can't imagine anyone living in a residence like this."

A faded sign on the wall reads: "So this isn't home sweet home: adjust."

In the bedroom, 14-year-old Brandon had committed suicide with a rifle after killing his brother Kyle and sister Marnie. Their mother discovered the bodies.

"She stopped me in the road (and) said my children are dead," says a neighbor.

Nissa Warren told a detective she'd "rather God had them than Child Protective Services."

It turned out the Warrens had home schooled before, in Arizona, where they were convicted of child abuse. An investigator there wrote: "The children are tortured physically and emotionally." That's information North Carolina school officials are not required to collect.

Since it became legal in North Carolina in 1985, the number of home school students has jumped from just a few hundred to more than 50,000. But there's been no change in the number of state employees overseeing the program - just three for the entire state.

"I think there's so little supervision that they really are not protecting those kids," Marcia Herman-Giddens, of the North Carolina Child Advocacy Institute.

Herman-Giddens is on the state task force that reviewed the Warren case. The conclusion: home school laws "allow persons who maltreat children to maintain social isolation in order for the abuse and neglect to remain undetected."

"They deliberately keep them out of the public eye because the children do have injuries that are visible, and they don't want them to be seen," she says.

But Hal Young, an advocate for home school parents, says most parents are loving and doing a very good job. He doesn't see a connection "based on one very tragic unfortunate case."

The Warrens were acquitted of child abuse charges but spent 45 days in jail for failing to secure a firearm. Through their attorney they declined requests for an interview.

"All they ever asked was that they be able to raise their children in the manner in which they felt was appropriate," their attorney Jonathan Breeden said.

Home Schooling Nightmares: In Part 2 of Vince Gonzales' report, how children nationwide have been put in danger, even killed, while home schooling.