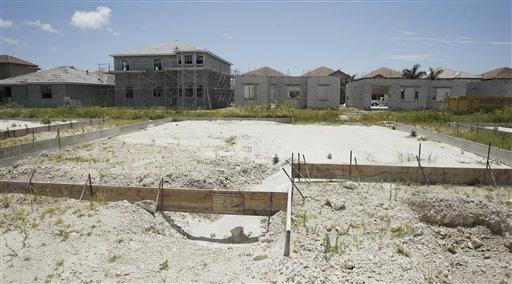 Karen Alves was just 10 when she lost her baby brother, Mark Dal Molin, in 1961.

As the oldest of four, she says her fondest childhood memories are of doting on her little brother. "One of the things we looked forward to, when we came home from school, was to play with Mark," she says.

But life would be a struggle for the Dal Molins because Mark was born with cerebral palsy, a condition that cripples the body, but not necessarily the mind.

"In the '50s, cerebral palsied children were considered to be developmentally disabled, mentally retarded," says Alves to correspondent Vicki Mabrey.

"I never believed he was mentally retarded. When you looked into his eyes, he communicated through his eyes. … He'd laugh and giggle and kick, and just screech when he saw us."

But by 3, Mark could neither walk nor talk, which meant his mother, Rosemarie, had to care for him.

"We know he recognized everybody," says Rosemarie. "He would laugh or he would cry if he was unhappy."

The children's father, Bill Dal Molin, felt that Rosemarie was neglecting their three daughters, because of Mark. "His mother was very, very much attentive to him, and the girls, I felt, were like troops to her," says Bill. "She was very hard on them, the girls."

Doctors advised the Dal Molins to commit their son, so Bill told Rosemarie they had to send Mark to an institution. It was November 1958.

"I just remember one day coming home from school and the house was very quiet," says Karen, who never got to say goodbye to her brother. "I don't remember much after that. It profoundly affected me."

Rosemarie had committed 3-year-old Mark to Sonoma State Hospital, the largest institution for children in California. At the time, the hospital housed 3,500 children with diverse needs, from babies born with minor defects, like a cleft palate or a club foot, to children with epilepsy and Down syndrome.

While the severely disabled languished in overcrowded rooms, the able-bodied were put to work in the institution's dairies and orchards.

Rosemarie did something more that other parents who had committed their children to Sonoma State did not; she visited her son every Wednesday.

"It was just a small thing that I can still do is to go see him," says Rosemarie. "Because most of these children, they never see parents again."

But those visits came to an abrupt end on Memorial Day, 1961, when Mark was 6.

"I picked up the phone and I heard a voice say, 'Is Mrs. Dal Molin in?' and I just knew," says Karen. "They didn't even say where they were calling from. But I just, this dread came into my heart, and I got my mom and I left. I ran. I hid. Nobody told me. I knew he was dead."

From that day on, Karen and her sisters, Chris and Gail, say they never spoke Mark's name again. They buried their grief, grew up and had families of their own. But after 40 years, they still struggle with the decision to institutionalize their brother.

"It pretty much blew the family apart," says Gail. "I believe that Dad did what he felt was best for the family. In my heart, I know that is true. But the impact of it on each one of us and the family was devastating."

In 1994, haunted by thoughts of her baby brother, Karen decided to devote all her spare time to answering the question that had burdened her for decades: how exactly did Mark die?

"There was no death certificate. One of the clerks came over to the front desk, leaned over and said 'When did he die?' And I said, '1961.' 'Well, when did he go into Sonoma State?' And I said, '1958,' and she said, 'You better look into it, because strange things happened there.'"

Things got stranger still when Karen noticed an article in the local paper saying 16,000 people, including children, had been used in radiation experiments. "Out of curiosity, I started to read it, and they mentioned patients that were in state-run hospitals being used," says Karen. "And I just go, 'Oh my God.' This could be it."

Then, President Clinton had just ordered thousands of secret documents on government-sponsored human radiation experiments declassified and made available on the Internet.

Karen found a study funded by the federal government involving 1,100 Sonoma State cerebral palsy patients from 1955-1960. One document she also found showed that her brother had been part of the study, assigned Specimen #8732.

Karen wasn't able to find out what tests, if any, Mark was subjected to. But some of the patients in the Sonoma State study were put through painful procedures like the pneumoencelphalogram, in which air is injected into the brain before a series of X-rays.

"Imagine puncturing someone's spinal cord, drawing fluid out and putting a foreign substance in there. Gas," says Karen. "When they trap air in your body, you're in pain, excruciating pain, for days."

"They were the raw material of medical research," says Susan Lederer, who teaches medical history at Yale University. She was a member of the presidential committee that investigated the radiation experiments, and she says she wasn't shocked by the findings because researchers have been using disabled children in experiments for over a century.

"Children in orphanages, children in homes of the mentally retarded, these are all good populations from the sense of medical research, because you have an easily accessible group of people living in controlled circumstances, and you can monitor them," says Lederer.

Lederer read the study that was conducted at Sonoma State Hospital, and says the children underwent painful experimentation "for which they received no direct benefit."

"It seems clear that these were intended to enlarge knowledge about cerebral palsy," adds Lederer.

It did not produce a breakthrough, although Lederer says studies using mentally retarded children were critical in creating vaccines for polio and hepatitis.

Lederer says using captive populations meant big money for medical researchers: "It would even be an advantage in applying for grant money, because you don't have to go to the problem of recruiting subjects."

In the case of Sonoma State, records show that when the study began, cerebral palsy admissions there jumped by 300 percent.

"One of the ways that medical directors of such institutions sort of connected themselves to the world of medical research was simply to provide their patients as commodities," says Lederer. "I mean, we can provide this many guinea pigs for you."

Sonoma State is now known as Sonoma Developmental Center. During her 12-year search, Karen repeatedly wrote to the current administrator, looking for information about Mark.

"And I'd say, 'Just go to the human radiation Web site and put in Sonoma State Hospital in your search and documents come up," says Karen. "You've gotta have something there. No. They deny it. Deny it. If I called her right now, she'd deny it."

Administrator Theresa Murphy has worked at Sonoma State for 30 years. She said she didn't have any information about the medical experimentation that was taking place at the institution.

When asked if patients at state hospitals were used in medical research, Murphy says, "I've read that there has been things like using rattlesnake venom of epilepsy. But you know, there's just nothing in our archives about the research you are talking about."

"If these studies were being done, if there are patients from here being sent for radiation studies, is that a stain on the hospital record," asks Mabrey.

"I think in the history of people with developmental disabilities, and there have been some dark times. I truly believe that," says Murphy. "And it wouldn't surprise me that there were things we would find - consider questionable today."

It took two years and a court order for Karen to get Sonoma State to turn over Mark's medical records. Though not complete, records did show that Mark Dal Molin suffered unusually high fevers the last six months of his life before dying of a seizure.

"He ran extremely high fevers that none of us here right now would live through," says Karen. "Swollen eyes, seizures, those things can fit in with radiation poisoning."

Mark's records contained another shock. Karen found not one, but two autopsy reports, one for his body and another for his brain. Karen says that Mark's brain was removed after he died.

"They took my brother's brain without consent, and the doctor, in his obituary it said that he had one of the largest brain collections," says Karen. "And if there's any way for me to find that, I would like to put him back together."

60 Minutes Wednesday learned that between 1955 and 1960, the brain of every cerebral palsy child who died at Sonoma State was removed and studied.

Rosemarie says she never gave them permission to take Mark's brain for research purposes. "I came from Europe after the war, where all these horrendous things happened," says Rosemarie. "I never dreamed that in this country, they would do experimenting children. Handicapped children."

Unless their families claimed them, the children ended up in a community grave with the ashes of 500 other people, or buried in a empty field without a headstone to mark their passing.

But Mark Dal Molin's family was able, at least, to spare him that fate. They had him cremated and placed his ashes in a private mausoleum.