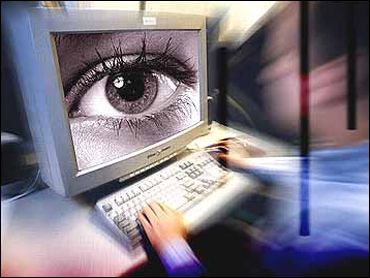 This column was written by Evan Schuman, the editor of StorefrontBacktalk.com, a site that tracks retail technology, e-commerce and security issues. Retail Realities appears each Friday. Evan can be reached at e-mail and on Twitter.

Since the earliest days of law enforcement, police have wrestled with the appropriate way to deal with criminal gangs. At its simplest, what should be done with two burglars who break into a house? Who is the primary lawbreaker and who is merely the assistant? Legislatures and courts have often tried to sidestep the question, declaring that a murder charge, for example, will be applied to all participants of a home break-in if anyone gets killed.

As a tactical practical matter, police (and that includes FBI, Secret Service, assistant district attorneys, deputy attorneys general and anyone who else charged with apprehending and punishing wrongdoers) often uses that ambiguity as a tool to pressure confessions. In short, the one who talks first gets to point the finger at the others and cut himself/herself the sweeter cooperating witness deal, while the suspect who hesitated gets left being charged as the scheme's mastermind.

Such a drama is now unfolding with the Albert Gonzalez case, the Miami man accused of breaking into TJX, Hannaford, Heartland, Barnes & Noble, Sports Authority and a laundry list of others. Is Gonzalez the masterhead of a cyber thief ring? Was he coordinating different teams in the U.S., each group assigned to attack different retail chains? Or was he merely the pawn of an Eastern European data theft syndicate? In Dickensian terms, was he more Fagin, the Artful Dodger or even Oliver Twist?

This is becoming critical as word came down Thursday (Aug. 27) that Gonzalez has struck another plea deal with federal prosecutors for many of the charges against him. Thursday also revealed two new retail victims, who had previously been kept secret: Target and J.C. Penney.

Look for Gonzalez to officially plead guilty to the federal charges from Boston, primarily involving TJX, BJ's Wholesale Club, Boston Market and Sports Authority and New York, primarily involving Dave & Buster's, on Sept. 11. This is at least the second time that Gonzalez has danced this particular dance, as he was all set to plead guilty to those Boston and New York charges-or at least a substantial subset of them-but that deal was killed when, according to his attorney, Rene Palomino, the U.S. Attorney's Office in Newark pulled a switch and accelerated their indictment. (If you can't trust a New Jersey politician, what is this world coming to? The Artful Dodger, indeed.)

Palomino said this new deal does not include any of the Newark charges, but that "Newark has the opportunity to come into it eventually, if they like."

Gonzalez's lawyer has painted a Gonzalez colleague- Damon Patrick Toey, who plead guilty in December to working with Gonzalez on the TJX breach-as the true master cyberthief, with Gonzalez just going along for the ride.

"Mr. Toey has been cooperating since Day One. He was staying at (Gonzalez's) apartment. This whole creation was Mr. Toey's idea," said Gonzalez attorney Rene Palomino. "It was his baby. This was not Albert Gonzalez. I know for a fact that he wasn't involved in all of the chains that were hacked from New Jersey."

From a legal standpoint, though, it's unclear how any of this would help his client, except perhaps at sentencing (and it's questionable, even then). If Gonzalez was actively involved in the overall criminal enterprise-and did nothing to stop it-it's hard for him to avoid blame for the consequences.
Were the thieves' tactics so sophisticated or were the retail chains' security so lax? (Yeah, we don't quite need a show of hands to answer that last question. As Yoda would have said, "Einsteins, these attackers were not.")

The crucial next question is "These break-ins happened months-and, in some cases, years-ago. Are these-and other-retail chains still as vulnerable today? Security is always great at fighting the last war. In other words, it's unlikely that the old assaults from this crew would be nearly as successful today with larger chains. But that's the point. These crews won't mount the same kinds of attacks again. They'll sniff around, find another huge vulnerability and attack again in a different way. (In a terrorism context, the next 9/11 won't likely involve hijacked commercial aircraft.)

But we won't need to ponder this hypothetical for very long. As long as zero liability and an absence of meaningful data protection laws exist, retailers can't justify investing in the security they truly need. So the next group of Gonzalezes will be around shortly. Truth be told, they're probably already in your system right now. We simply won't realize it for six more months.