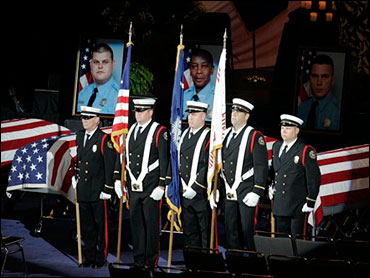 Last week I finally made it to Charleston, S.C. I stood on the battery of Charleston's waterfront. I could clearly see Fort Sumter, where the first shots of the War Between The States were fired. But did you also know that Charleston is home to Fort Moultrie, the sight of the colonies' first naval victory over Britain in 1776? There is history here at every turn.

Many of the city's grand old homes and buildings have been faithfully cared for and restored; charming to the eye, to be sure.

But the city's best feature is its people. A terrible fire in Charleston last month killed nine firefighters. Since then local folks have helped raise more than $2 million for their widows and children. So closely knit is this community that firefighters here have no badge numbers. The chief knows every single one on a first-name basis.

Unique, indeed, and I can't wait to get back.