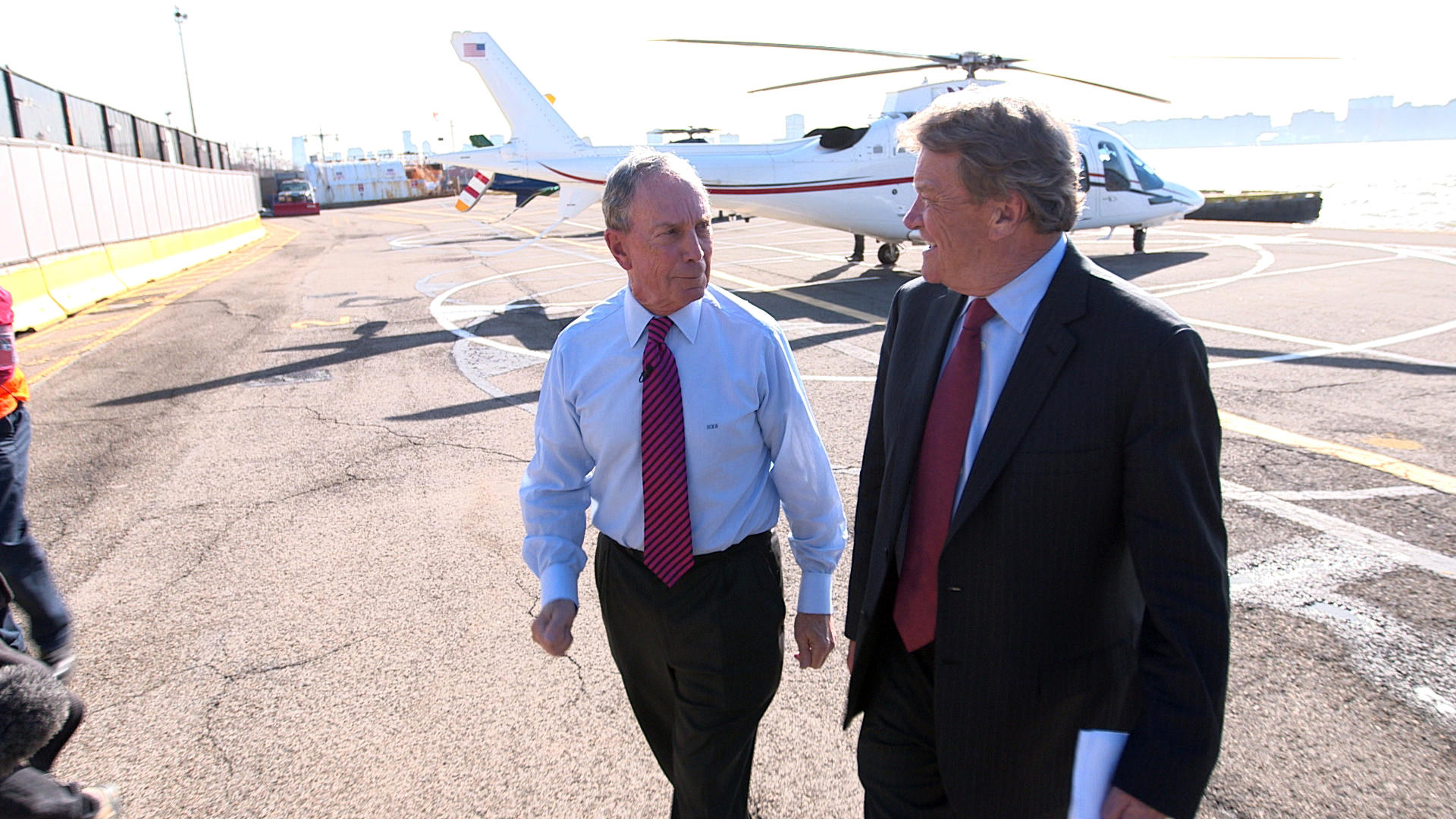 In Hudson Yards, rows of commuter trains sit in neat parallel lines, bordered by the High Line. The Statue of Liberty appears to stand no taller than a tourist's souvenir amid the waters of New York Harbor. No longer derelict and abandoned, Brooklyn's piers carve rectangles of green into the East River.

This is what New York City looks like from Mike Bloomberg's helicopter.

On 60 Minutes this week, Steve Kroft profiles the former New York City mayor, and in the video above, Bloomberg takes Kroft on a tour of the Big Apple in his company's chopper.

"We've tried to do an interview with Mike Bloomberg for years," Kroft explains, "and for some reason, it just never worked out. This kind of seemed like the right time, and he was all in and said, 'I'll give you lots of access, and you can ask me about anything.' And why wouldn't we?"

The 10th richest man in the world, Bloomberg founded the Bloomberg financial media empire, twice considered running for president, and donates huge sums of money to causes that align with his political interests.

He's also been a helicopter pilot for years, a skill he shows off in the video above, while pointing out some of the changes he made to the New York City landscape.

Along Manhattan's west side, he calls attention to Hudson Yards, a large development that will mix commercial and residential space. Surrounding the area's working rail yard is the High Line, an old elevated railroad track that's become a 1.5-mile-long park. Since its first phase opened in 2009, the High Line has become a popular tourist attraction.

In the 12 years he was mayor, New York City built new stadiums for both of the city's baseball teams, the Yankees in the Bronx and the Mets in Queens. In Brooklyn, the city transformed many of the piers along the borough's west side into parks.

How will New Yorkers remember him? "They'll probably forget you pretty quickly," he joked. But Bloomberg does cite a three-year improvement in life expectancy as his administration's biggest accomplishments.

Beyond politics, Bloomberg uses personal philanthropy to try to get people to quit smoking, battle the NRA on gun control, and help the Sierra Club shut down coal fired plants.

"I knew him a little bit before we did this interview," Kroft says. "He's an unusual person. He's very sort of courtly, got a good sense of humor, very polite. Very, very set in his ways. And he has a very high regard for himself. But he's also incredibly talented and has a real sense for managing things."

When it comes to managing New York City, Bloomberg has an appreciation for the job's limits.

"We inherited a lot from the mayors before, and we'll leave a lot for the mayors afterward," he says. "New York is never going to be done, but it's always going to be developing."

This video was originally published on April 23, 2017 and produced and edited by Lisa Orlando.