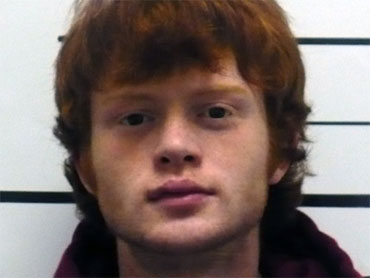 The capture of Saddam Hussein takes off the table what had been a huge political liability for President Bush. But he still faces many tough questions about his plans for postwar Iraq, reports CBS News Chief White House Correspondent John Roberts.

The news goes some distance toward silencing those who said Mr. Bush could hardly claim "mission accomplished" in Iraq while Saddam was still at large. Even the president's most vocal critics couldn't help but applaud.

"I'm delighted. I'm excited as every American is," said Sen. John Kerry of Massachusetts, another Democratic presidential contender, who voted in favor of the Iraq war resolution, but has since became a critic of the president's post-war policies.

Some of the Democratic contenders turned their sights on Dean, who owes his front-runner status largely to his opposition to the war.

"If Howard Dean had his way, Saddam Hussein would still be in power today, not in prison, and the world would be a more dangerous place," Lieberman said. "I consistently supported Saddam's removal for the past decade, and am prepared to do what it takes to win the war on terrorism at home and abroad."

Dean, for his part, shifted his focus to coalition building in Iraq.

He deflected questions about the Democratic presidential race. "President Bush deserves a day of celebration," Dean said. "We have our policy differences but we won't be discussing those today."

Rep. Dick Gephardt, D-Mo., who helped write the congressional resolution that allowed Mr. Bush to use force in Iraq, said, "I supported this effort in Iraq without regard for the political consequences because it was the right thing to do. I still feel that way now and today is a major step toward stabilizing Iraq and building a new democracy."

Kerry and Lieberman sought to remind voters of their support for Mr. Bush's war resolution, even as they criticized the president anew for not reaching out to allies.

He and Lieberman also suggested Dean had been soft on Saddam, noting Dean's statement that Iraq would "probably" be better off without Saddam.

"I guess he supposes it's a good thing to get rid of Saddam Hussein," said Kerry. "Well, I knew it was a good thing on that day, day one."

Other candidates praised U.S. troops and urged their return home.

"I hope this will see a diminishing in the violence against American soldiers in Iraq," Clark said as he arrived in the Netherlands. Clark was on his way to The Hague, to testify in the war crimes trial of former Yugoslav President Slobodan Milosevic.

"I hope President Bush will use this opportunity to chart a course in Iraq that will bring in our allies in a meaningful way to achieve a democratic and peaceful Iraq," Edwards said.

But while the candidates agreed that the news was good, Carol Moseley Braun said it "does not change the fact that our troops remain in harm's way and we are no closer to bringing them home."

Ohio Rep. Dennis Kucinich and Al Sharpton said the United States must now focus on pulling out. Saddam's arrest "is all the more reason this war should come to an immediate end," Sharpton said in New York City.