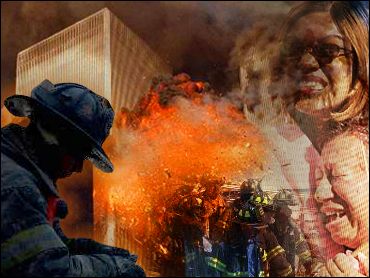 Exactly two years before the Sept. 11 attacks, a federal report warned the executive branch that Osama bin Laden's terrorists might hijack an airliner and dive bomb it into the Pentagon or other government building.

The report, entitled the "Sociology and Psychology of Terrorism: Who Becomes a Terrorist and Why?," described the suicide hijacking as one of several possible retribution attacks al Qaeda might seek for the 1998 U.S. airstrike against bin Laden's camps in Afghanistan.

The report noted that an al Qaeda-linked terrorist first arrested in the Philippines in 1995 and later convicted in the 1993 World Trade Center bombing had suggested such a suicide jetliner mission.

"Ramzi Yousef had planned to do this against the CIA headquarters," author Rex Hudson wrote in a report prepared for the National Intelligence Council and shared with other federal agencies.

The report contrasts with Bush administration officials' assertions that none in government had imagined an attack like Sept. 11 before that time.

The report was written by the Federal Research Division, an arm of the Library of Congress that provides research for various federal agencies under contracts.

The report was based solely on open-source information that the federal researchers gathered about the likely threats of terrorists, according to Robert L. Worden, the division's chief.

"This information was out there, certainly to those who study the in-depth subject of terrorism and al Qaeda," Worden said.

"We knew it was an insightful report," he said. "Then after Sept. 11 we said, 'My gosh, that (suicide hijacking) was in there.'"

Asked about the report at his daily press briefing, White House spokesman Ari Fleischer described it as a psychological, sociological evaluation of terrorism.

"I don't think it's a surprise to anybody that terrorists think in evil ways," he said.

"It is not a piece of intelligence information suggesting that we had information about a specific plan."

Former CIA Deputy Director John Gannon, who was chairman of the National Intelligence Council when the report was written, said U.S. intelligence long has known a suicide hijacker was a possible threat.

"If you ask anybody could terrorists convert a plane into a missile, nobody would have ruled that out," he said. He called the 1999 report part of a broader effort by his council to identify for U.S. intelligence the full range of attack options for terrorists and U.S. enemies.

"It became such a rich threat environment that it was almost too much for Congress and the administration to absorb," he said. "They couldn't prioritize what was the most significant threat."

Gannon, who served both Democratic and Republican presidents, said Americans need to make a distinction between knowing the type of vulnerabilities terrorist could exploit and knowing the attacks were imminent.

He said criticism that President George W. Bush's August briefing should have alerted the administration to the attacks was "egregiously unfair. The president wasn't given actionable intelligence," he said.