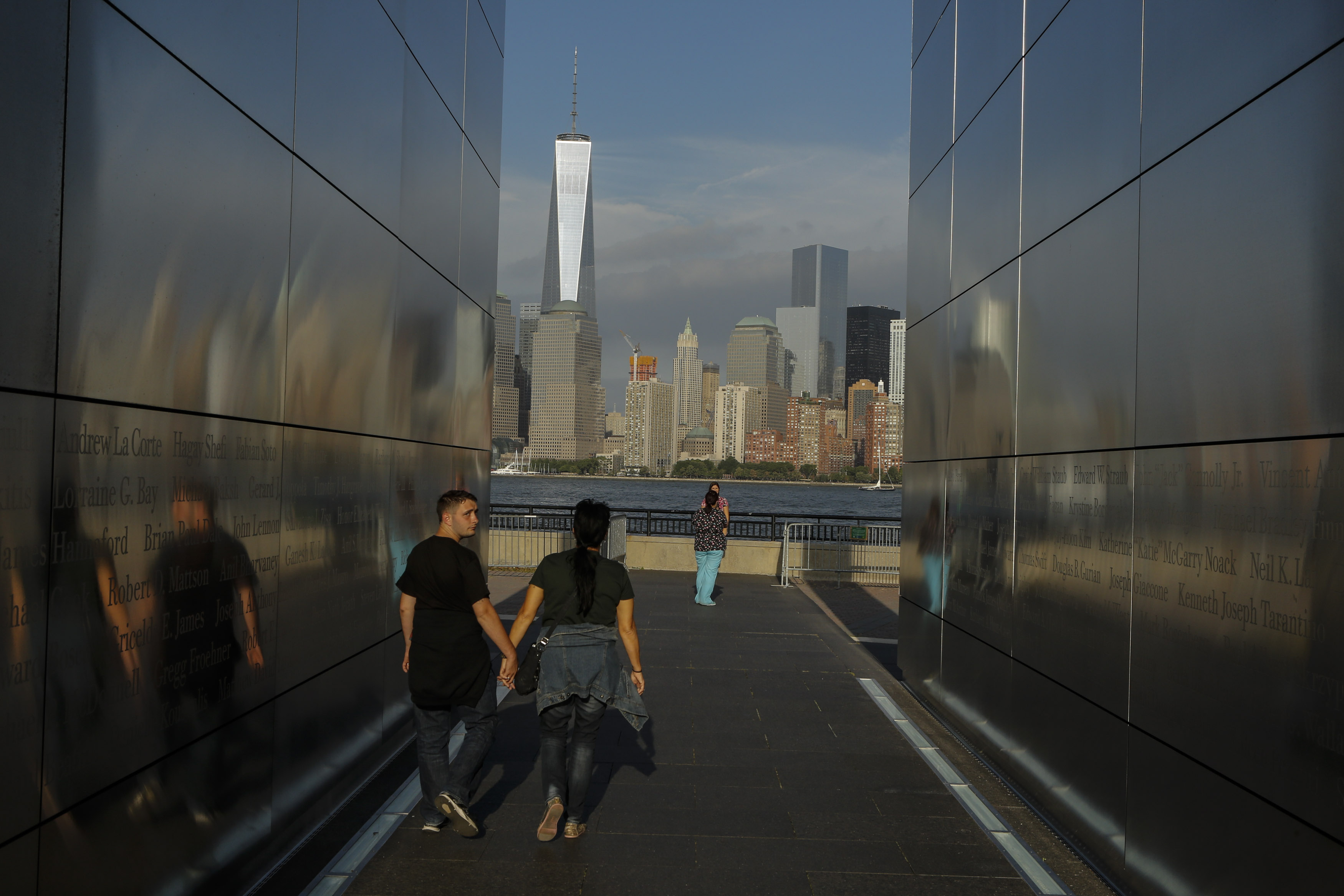 Jaime Hazan has been a volunteer and first responder for nearly all his life. He grew up volunteering with his local ambulance squad, and in 2001, he had six years as a New York Emergency Medical Technician under his belt. So when terror struck his city that Sept. 11, he knew he had to help, even though he wasn't affiliated with any volunteer or aid group at the time.

"When I was growing up, volunteering was a staple of your upbringing," Hazan told CBS News. "On 9/11, it was in that spirit that I volunteered -- it wasn't even a choice."

It wasn't until years later, in 2005, that Hazan began noticing symptoms that were ultimately linked to his service at Chelsea Piers on Sept. 11 and Ground Zero on Sept. 12.

"I was in denial for a very long time," he said. He couldn't stay in denial for long, though, as his respiratory problems and other symptoms changed his life. "It destroyed my livelihood," he said. Sept. 12, 2001, when he faced the greatest exposure to toxins, "will go down as the day that changed my life forever."

Like Hazan, tens of thousands Americans are still suffering from illnesses or injuries acquired in the aftermath of the Sept. 11, 2001 attacks. More than 30,000 first responders or victims have at least one injury or illness from that day, according to the nonprofit 9/11 Health Watch. More than 70 firefighters and 60 New York police officers have reportedly died from 9/11-related illnesses since that day.

For some of those victims and first responders, including Hazan, the support they expected to get from the government has been slow in coming.

After a years-long process that ended with a ruling from a New York appeals court, Hazan finally received his first check from the WTC Volunteer Fund just this week. Thursday is the last day for 9/11 first responders and volunteers to apply with the New York Workers Compensation Board (WCB) for benefits from the WTC Volunteer Fund, and a spokeswoman for the board told CBS News that their phones have been "ringing off the hook." Close to 2,000 people have registered with the fund in just the last month.

Meanwhile, thousands of people are still waiting to find out if they'll receive a check from the September 11th Victim Compensation Fund (VCF). The VCF was reactivated in 2011, after Congress passed the James Zadroga 9/11 Health and Compensation Act. The fund got off to a slow start, though its pace of work has picked up in recent months. Still, 44 percent of cases are still pending, the fund reported this week. Hazan's case is one of them.

"We have a moral obligation as a country to take care of the people who get sick during war," Hazan said. "In my case, it was an attack in my own city, in my backyard, and I had no choice but to respond."

With the VCF set to expire in 2016, a group of New York congressmen are rolling out a bill this week to extend the Zadroga Act for an additional 25 years.

"This is not a Republican issue. This is not a Democratic issue. This is an American issue," Rep. Peter King, R-New York, said Monday. "We have an obligation as Americans to provide them with the health care that they need, the families the compensation that they need. And again, we all say we'll never forget 9/11 but if we forget the victims of 9/11, we have forgotten 9/11. We cannot allow the enemies to win."

The victims and the first responders may not have been completely forgotten, but people can lose sight of the fact that those people are still facing serious health issues, said Ben Chevat, executive director of 9/11 Health Watch.

"What's missing in a lot of these 9/11 observances is a lack of knowledge that there are people with PTSD, cancer, respiratory issues still struggling," he told CBS News.

Passing the Zadroga Act in 2010 was hard enough -- Republicans in Congress only agreed to let it pass after the price tag was reduced significantly. "The renewal is probably going to be as difficult as passing it in the first place, if not more difficult," Chevat said.

While getting the legislation passed is hard, Chevat said that doling out the funding has been a difficult process as well.

The original VCF operated from 2001 to 2003. At that point, "you were dealing with people who were killed in 9/11 -- you didn't have any question as to whether they were present," Chevat explained. Now, however, it's harder to prove eligibility and harder to determine what level of compensation is needed. "If you're disabled, how disabled are you, and what are your additional expenses... all of that is taking much more paperwork."

Hazan has requested funding from the VCF and the WTC Volunteer Fund to help him pay for health care related to his 9/11-caused respiratory problems, including three surgeries. Initially, the WTC Volunteer Fund rejected Hazan's application because he wasn't registered with an authorized volunteer organization like the Red Cross. A judge confirmed the ruling, and the rejection left Hazan in "complete shock," he said.

He appealed the ruling, and in June, a three-judge panel from a New York appeals court ruled that the WTC Volunteer Fund couldn't exclude legitimately injured volunteers simply because they weren't part of an official volunteer group.

"They fought me tooth and nail to pay this money," Hazan said. "It's hard enough to fight for your health -- fighting the law is a whole other fight."

The New York WCB says it hasn't identified any other pending cases like Hazan's, in which lack of affiliation with an official group was the "sole issue" with the case. However, "if those cases are filed, the agency will follow the court's direction," the WCB said in a statement to CBS News.