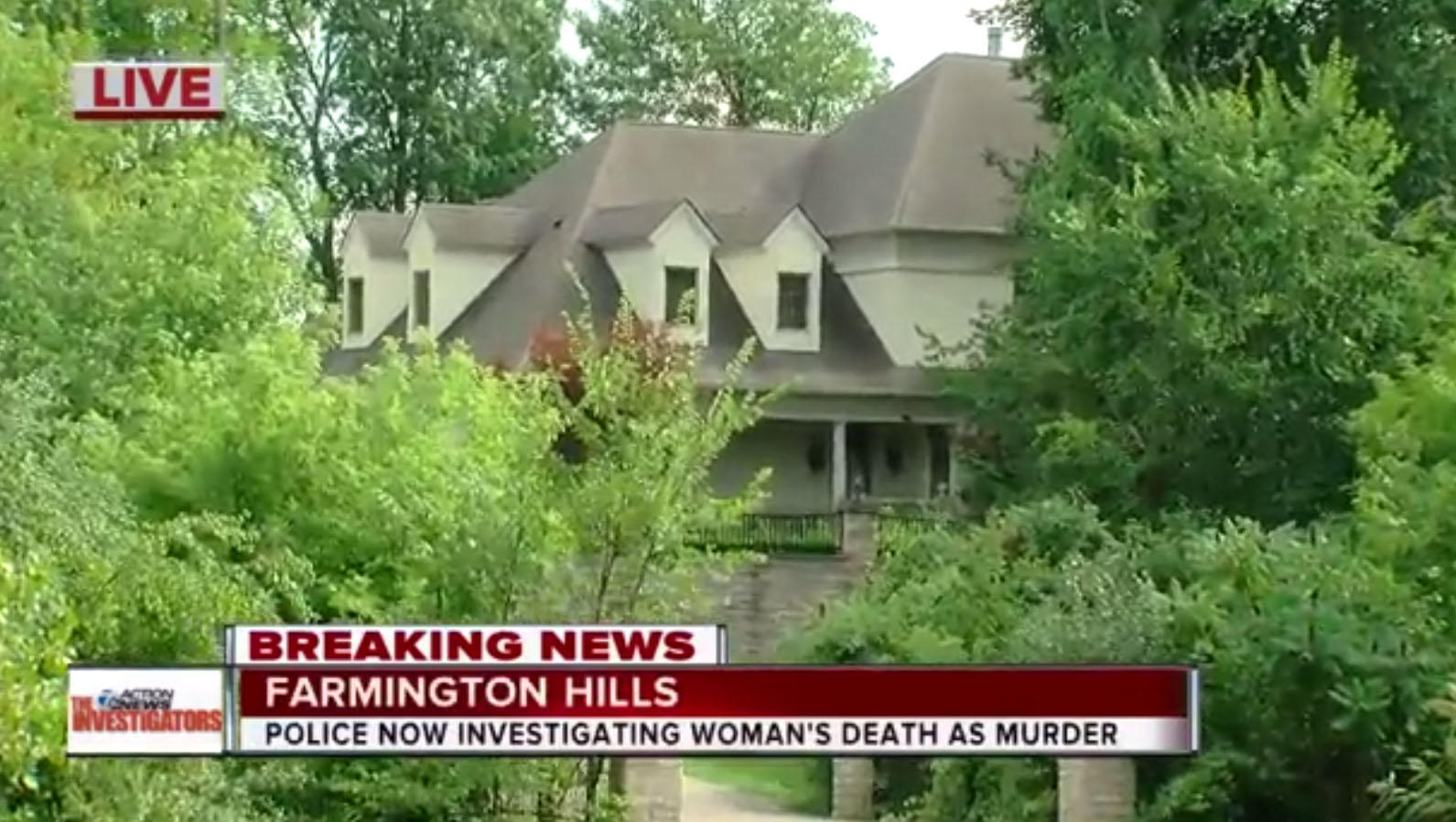 FARMINGTON HILLS, Mich. -- A 16-year-old suburban Detroit boy could be charged with murder after his mother was found dead beneath a window of the family's mansion, according to news reports.

Detectives responded to a 911 call placed from the home in Farmington Hills early Monday morning reporting that a woman had fallen from a second-story window, reports CBS Detroit. When they arrived, they found 35-year-old Nada Huranieh dead on an outside patio beneath an upstairs window, reports the Oakland Press.

Investigators reportedly quickly determined the woman's death wasn't an accident. They say they're now investigating the case as a murder.

Police are releasing few details on the circumstances of her death.

Farmington Hills Chief of Police Chuck Nebus told the paper no one from his office has said Huranieh was shoved or fell from the window. The Oakland County Medical Examiner's Office determined she died of "multiple injuries," reports the Oakland Press.

Huranieh's teen son is being called a murder suspect and was being held in juvenile lockup. CBS Detroit reports he could be charged in the case, though it's not clear whether he would be charged as an adult or as a juvenile.

Huranieh, a personal trainer, was in the middle of a divorce from her husband, a doctor whose medical license was suspended earlier this year after he was charged in a medical fraud case, CBS Detroit reports. The husband was reportedly not home at the time of the death.

Neighbors remembered Nada Huranieh as very active and said she was often seen jogging in the neighborhood. A Facebook post from Franklin Athletic Club, where she was employed, described her as an "energetic, beautiful, dedicated personal trainer and group exercise instructor."

"Nada's lovely spirit will always be part of the Franklin family," the post said. "We greatly miss her."