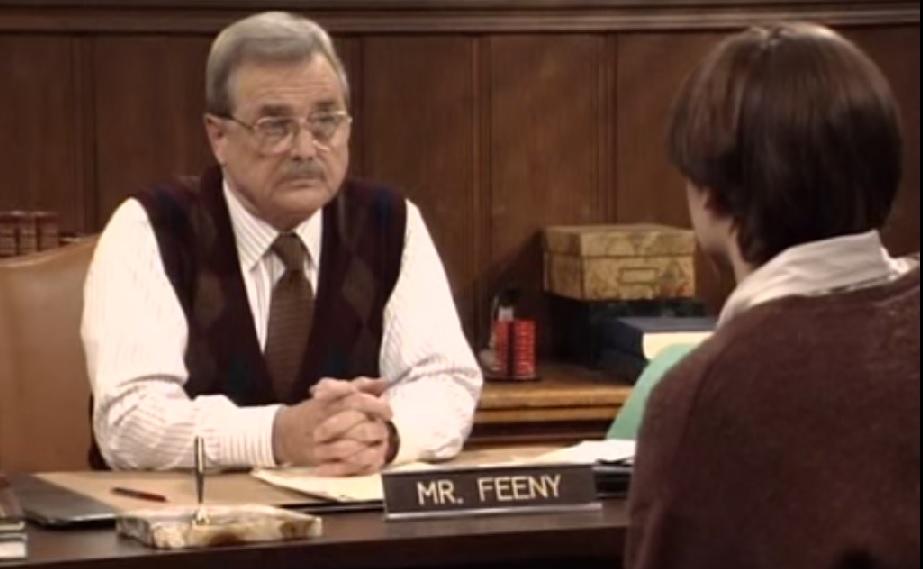 "Boy Meets World" actor William Daniels confirmed on Twitter Tuesday that a burglar tried to break into his home Saturday night. The 91-year-old star scared off the attempted robber, and the story is gaining traction simply for that reason: beloved Mr. Feeny, now in his 90s, scared off a would-be burglar.

"Someone tried to break in to the home of Mr. and Mrs. William Daniels on Saturday evening," Daniels' media team tweeted from his verified account. "Luckily, Mr. Daniels was able to frighten away the person and the LAPD quickly responded. They are both well. Mr Daniels thanks all his fans for their concern."

TMZ was first to report about the burglary attempt, with several media outlets picking up the story shortly after. Someone tried to kick in the backdoor of Daniels' San Fernando Valley home at around 9:20 p.m. Daniels turned on the lights and the intruder fled, TMZ reports.

Millennial "Boy Meets World" fans remember Daniels as Cory Matthews' strict yet understanding teacher and neighbor. Older fans know him as Dr. Craig from "St. Elsewhere"; he won two Emmys for that role in the 1980s. Daniels also voiced KITT in "Knight Rider" from 1982 to 1986 and returned again for the 1991 television movie. Daniels' wife, Bonnie Bartlett, also starred on "St. Elsewhere" and made appearances on "Boy Meets World" as Mr. Feeny's love interest.