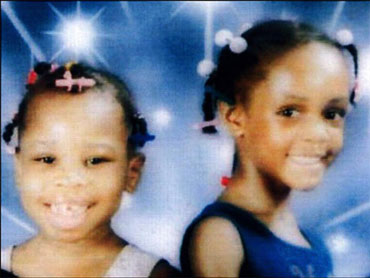 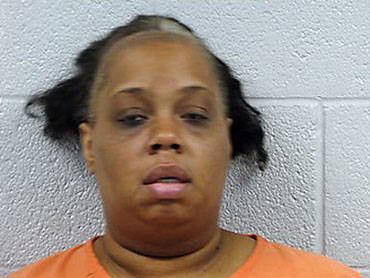 Bowman is on trial in Montgomery County for the deaths of her two adopted special needs daughters, Minnet Cecila Bowman and Jasmine Nicole Bowman, whose bodies were found in a freezer in her Lusby home in September of 2008.

The girl, who was 7 at the time, was found half-naked and covered in blood after escaping from her home. She came to court with her new foster parents, wearing a red dress and holding a big white bear with a heart on it. She stood in the witness stand and answered questions, with her "ex-mother" in the room.

The girl, who occasionally flashed a big smile and waved at her foster parents, said she and her sisters were kept in a locked room of the house where they lived in Rockville, Maryland.

"There was a bucket where we went to the bathroom because we weren't allowed out of the room," she said.

The girl said Bowman repeatedly beat her and her sisters with a baseball bat and a shoe. She also stated she was beaten the worst on "the back part and the front part," using her teddy bear to demonstrate where she was hit. She pointed to its backside and its crotch.

Never looking at her "ex-mother," the girl said Bowman also choked her and her sisters. Montgomery County State's Attorney John McCarthy asked how many times and she answered, "I can't remember because she did it so often I couldn't keep track."

Officials say the two daughters, Jasmine and Minnet, were killed more than three years ago. They would have been 11 and 12 today.

Bowman moved from around Maryland. Prosecutors say she brought a large freezer containing the bodies of Jasmine and Minnet with her each time she moved and continued to receive subsidies for all three children from the District of Columbia, where the girls were adopted. The subsidies are given to parents who adopt special-needs children from foster care.

The girl testified that her "ex-mother" told her Jasmine and Minnet had gone to live with a friend. She said Bowman told her that her sisters had said "that I was stupid and dumb and they didn't want to see me anymore."

"I just don't like calling her by her name," she said.

Drew didn't have an easy time cross-examining the witness. When he repeated himself at one point, she told him: "You already asked that." The courtroom erupted in laughter.

It's likely to be the last funny moment in a gruesome trial. Bowman has already pleaded guilty to abusing the surviving girl and was sentenced to 25 years in prison.