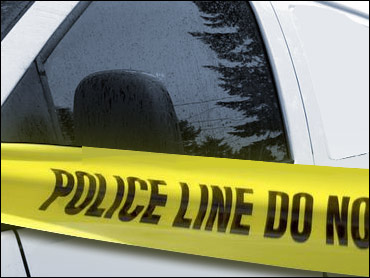 (CBS/AP) ORLANDO, Fla. - Nathan Walter Sikkenga of Gillette, Wyo. is accused of letting his 9-year-old son be the designated driver when he and his wife were "under the influence of alcohol."

Sikkenga, 31, told the Florida Highway Patrol in Orlando Saturday about how they instructed their son to drive the van, according to an arrest report. A county sheriff's deputy witnessed the event, and says the van crashed into a security gate arm while the father sat in the front passenger seat.

Sikkenga is charged with felony child endangerment, and was let out on bond. The police report did not detail why the mother was not arrested as well.

The incident is disturbingly similar to what occurred earlier in the month when a Detroit-area father had his 9-year-old daughter drive him to the store because he, too, was inebriated.

The man was seen on a surveillance camera telling the store clerk that his daughter was his designated driver. In that case, the officer said the girl was surprised when police pulled her over.

"What did you stop me for? I was driving good," she reportedly said.

The little girl explained that her father had spent all night drinking whiskey and had allowed her to drive before.