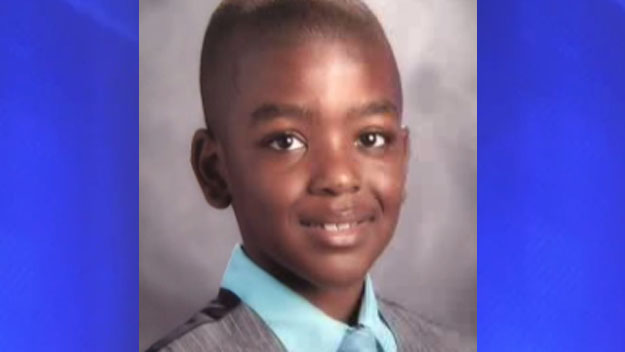 Police said the victim was found fatally wounded in an alley around 4:15 p.m. He had been shot multiple times in the upper body.

CBS Chicago reports that family members identified the victim as Tyshawn Lee. They described him as a nice child who liked to play ball and video games.

CBS Chicago reports that shortly before the shooting, a number individuals were in the alley and an argument erupted, followed by several shots, according to Dean Andrews, the Chicago Police Department's chief of detectives.

"At this point it is unclear if this was a targeted incident or a tragic case of being at the wrong place at the wrong time," Andrews told reporters. "At this time, we do not have a concrete motive, but we will be working around the clock to find out more."

Police were canvassing the neighborhood to find witnesses or track down surveillance video that might help solve the crime, he said.

A reward of $6,000 -- part of it offered up by St. Sabina Church -- has been offered to help track down the killer or killers.

"That's not an accident, that's not a stray bullet -- that's like an execution," St. Sabina Pastor Michael Pfleger said to CBS Chicago.