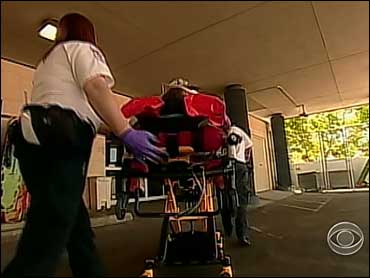 At one of the busiest emergency rooms in Texas, simply keeping up with the daily flood of new patients is challenge enough. But at University Medical Center Brackenridge and several other ERs in the Austin area, it's a handful of familiar faces that have taken up massive amounts of time and medical resources, reports CBS News correspondent Don Teague.

Nine people visited Austin's ERs more than 2,600 times in six years, according to a report from the nonprofit Integrated Care Collaboration, a group of health care providers for low-income and uninsured patients in Central Texas. One of those people went to city emergency rooms 145 times last year alone. All told, the cost for treating the nine people was more than $3 million.

For reasons of medical privacy, CBS News can't name the nine patients. But three of them are homeless, seven have been diagnosed with mental problems, and eight are drug users.

And doctors think that the problem is much bigger than Texas.

"Every ER doctor anywhere in the country can tell you who their top 10 list is," said Dr. Christopher Ziebell of University Medical Center.

Overusers are part of the reason trips by Americans to the emergency room rose 30 percent in 10 years - from 93 million per year in 1997 to 121 million ER visits annually in 2007.

In the Austin cases, the overusing patients usually complained of chest pains, at times running up diagnostic bills of $20,000 in a single visit, and forcing other patients to wait.

"It really detracts from what we're able to do with those individuals who are really needing more acute care," said Dr. Stan Rice of University Medical Center.

And since the overusers can't pay for their care, emergency care costs more for all of us.

The report's authors say the key to solving the problem is technology: Identifying those who abuse the ER system, saving time, money and resources for the patients who truly need care.