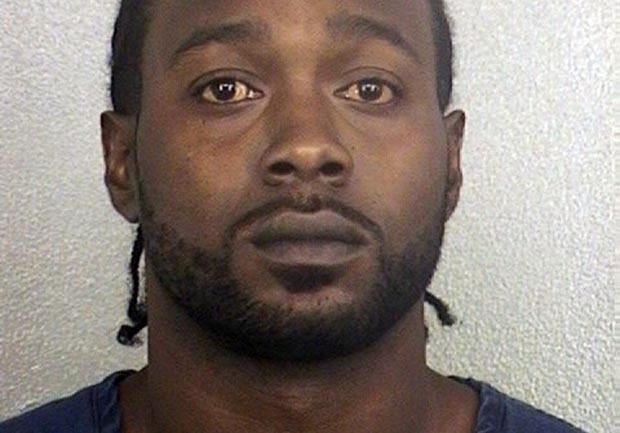 Coaches routinely met before games and set point spreads, investigators said, but they do not believe the games were thrown or that coaches encouraged players not to complete a touchdown in order to control the outcome. Authorities said they had no evidence that the players were aware of the bets.

"It's about kids being exploited unfortunately by greedy parents and greedy grown-ups and coaches who were basically nothing more than criminals," Sheriff Al Lamberti said.

It's unclear if Bivins has an attorney. A phone message and email sent to one of the other suspect's attorneys was not immediately returned Tuesday.

Authorities said the suspects have direct ties to the South Florida Youth Football League and several have extensive criminal histories. Bivins has been convicted of cocaine possession, grand theft auto, and marijuana possession with intent to sell.

According to the league's website, it has 22 clubs and 6,000 players, ranging from pee wee to teens, in three counties. Many of the children come from impoverished neighborhoods.

Emails and phone calls to several officers in the league were not immediately returned Tuesday.

The website says the sole purpose of the league "is to benefit children" and instill wholesome values.

Bold print on the league's website warns that anyone taking bets on games will be asked to leave. "The SFYFL is taking a hard stand on gambling, recruiting, paying kids to play and big hits on players."

An affidavit claims Bivins ran a fake barbershop, complete with barber stations and vending machines, as a front for a gambling house. But behind what appeared to be a closet door was a narrow hallways leading to a seedy gambling room where Bivins and others took bets on professional, college and youth games behind conspicuously dark tinted windows.

An informant placed numerous bets at Red Carpet Kutz Barbershop and another gambling front, Showtime Sports, during the investigation, according to the affidavit.

Authorities said they seized nearly $40,000 from a drop safe at one of the storefronts and took another $20,000 from Bivins' home. They believe `Coach B' was skimming off the top of the bets.

Bivins was the president of the Fort Lauderdale Hurricanes, one of the most successful teams, and oversaw the coaches. He also interacted with the players, Ballante said.

Deerfield Beach City officials ramped up their background screening process for youth coaches about 18-months ago when authorities told them about the investigation, but each city is in charge of setting its own ordinances and they vary widely on the issue.