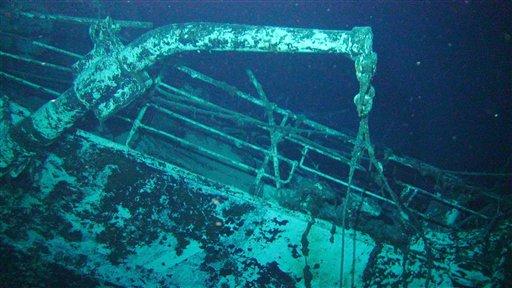 Three hundred years from now, the world's population will have stabilized at about 9 billion and we will look forward to living until age 95. In Japan, that bastion of longevity, people will be hanging around until they're 106.

India, China and the United States will still be the most populous countries on the planet — if they still exist — and Africa's share of the world's population will double to 25 percent. The average woman will give birth to two children.

Those are just a few possibilities projected in a U.N. report released Thursday, which lowers long-term population estimates because of new thinking about fertility rates in the future.

The new report acknowledges that population projections are extremely iffy.

"What will population trends be like beyond 2050? No one really knows," the report says. "Any demographic projections, if they go 100, 200 or 300 years into the future, are little more than guesses."

But the report says the exercise is necessary to help mankind reflect on short-term trends and whether actions should be taken to change them. It uses the metaphor of a basketball coach who calls a time-out just five minutes into a game going badly to avoid an unfavorable outcome.

Still, the global population will swell in the decades to come, when there will be 57 million more people every year from now to 2050, fueled by growth in less developed regions, the report projects.

Among the report's other projections is that the average life expectancy will rise to about 95 years in 2300. In Japan, where even today people tend to live the longest, life expectancy will be 106. India will surpass China as the world's most populous nation, but China and the United States will be two and three.

The median age will rise from 26 years to 50 years.

While the population of young people will generally stabilize, the world will see more people over 80. That means world population will grow slightly over time because life expectancy will always rise, though by smaller and smaller margins.

If fertility rates remained unchanged from the 2000 rate of 2.83, there would be 134 trillion people in 2300, impossible to sustain.

The middle-of-the-road fertility rate projection also assumes that women around the world will have access to family planning including contraceptives and would no longer want many children as mortality rates fall.

"People can now have fewer children because children are not dying one out of five as used to happen with our grandparents," said Thomas Buettner, one of the authors of the report. "The decline is a historical trend that is irreversible."

It also projects that HIV will slow its spread by 2010 and a cure for HIV/AIDS will eventually be found, eliminating that downward pull on the population. In a somewhat understated conclusion, it briefly contemplates what could happen if some new, more virulent disease arises.

"These projections also risk being upended by national crises, such as outbreaks of civil strife or new epidemics or environmental emergencies, which could produce short-run catastrophic mortality or large, unpredictable migrant movements," the report says.