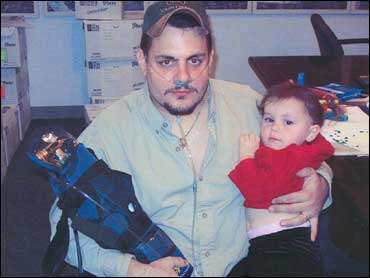 The nation's largest police union is considering setting up a registry to track the health of officers who toiled amid the rubble of the World Trade Center following the terrorist attack, a spokesman said Sunday.

Health and government officials are trying to track the health effects of the dense smoke and dust on thousands of emergency workers, residents and others. The Bush administration has appointed an official to oversee the federal response.

But leaders of New York's Patrolmen's Benevolent Association say they cannot afford to wait for government registries to assess illnesses, such as cancer and severe respiratory ailments, over periods of years.

"We understand that science takes time, but these officers don't have time," said PBA spokesman Al O'Leary. "Some have already died, and those who are alive today need to know what kinds of symptoms they should be watching for."

In January, an autopsy concluded that the respiratory failure death of 34-year-old retired police detective James Zadroga was "directly related to the 9/11 incident."

Dr. John Howard, the federal appointee, said recently that Zadroga's death and others may be "warning cases to us that something might be going on here."