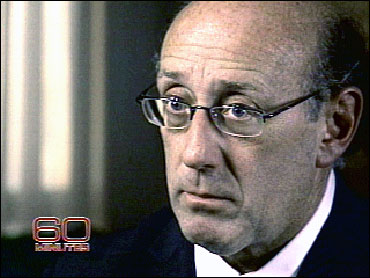 Fewer than 150 families of those killed in the Sept. 11, 2001 attacks remained outside the federal compensation fund after a midnight Monday deadline shut the door on any more applications to the unprecedented program.

As the deadline passed, officials counted 2,833 applications from the families of those killed, well above the 90 percent inclusion rate that the fund's special master, Kenneth Feinberg, had set as the goal. The official death toll was 2,976 in the terror attacks in New York City, the Pentagon and Pennsylvania.

The fund received an additional 3,624 applications from those injured.

"The figures mean that almost all of the families made a choice," Feinberg said, as he scribbled the midnight total an easel for reporters. "I think the nation wanted this program to work, not only to show the country but the terrorists as well that we are united."

To date, the average payout from the fund has been $1.8 million, with the highest award, about $7.9 million, going to one of the badly injured victims who survived.

For some, the deadline alone does not end the difficult decision-making. Irene Golinski - whose husband, retired Army Col. Ronald Golinski, was killed in the Pentagon - recently filed with the fund. But, for now, Golinski has also preserved her right to sue.

"The one good thing about the fund is that everything would be all over: the paperwork, the questions, all of the outside interferences," said Golinski, 53, of Columbia, Md. "It is overwhelming."

But Golinski is still angry the government's program protects the airlines from liability. The fund was created by Congress to compensate victims and protect the airline industry, security companies and other entities such as the operators of the World Trade Center in New York from crippling litigation.

"It's almost like it's a payoff to save the airlines and not hold any of those people responsible for what happened," Golinski said.

So for now, she waits and ponders. Her lawyer, Keith Franz, is maintaining both her fund case and her court case until a judge-ordered deadline forces her to pick one next month.

At least a few families say they will not pursue compensation of any kind. Rev. Paul Britton, whose sister Marion died aboard Flight 93, has decided to seek no money from either the airlines or the fund.

"The day could have come and gone and I would not have realized it was the deadline," said Britton, of the Gloria Dei Lutheran Church in Huntington Station, N.Y. "We are very happy that we are all healing well and there's no residual emotional or spiritual problems."

The federal fund has paid out some $1.5 billion already. Feinberg estimated this month that the final cost could be far lower than the original $6 billion estimate.

About 73 families have filed suit against the airlines, demanding answers about suspected security gaps that allowed the terrorist hijackers to succeed. That number will likely fluctuate in coming weeks as hundreds of people who, like Golinski, still have active legal cases, weigh their options.

Feinberg said Monday he is confident the vast majority of those who file their initial paperwork will ultimately remain in the fund.

Many families were harshly critical of the fund's structure when it was first launched in late 2001, charging Feinberg's rules were insensitive.

One of the harshest early critics was Charles Wolf, whose wife Katherine was killed in the World Trade Center. Angry over many fund rules, Wolf launched a web site campaign to "Fix the Fund."

After concluding that Feinberg had made the needed changes, Wolf became a staunch supporter of the program, partly out of concern his initial objections may have "poisoned" other families against the fund.

Wolf is now focused on other parts of his life, like a new relationship and a long-delayed business venture.

"This deadline is a relief for me," he said, "because I can now step back from Fix the Fund and work on fixing Charlie," he said.