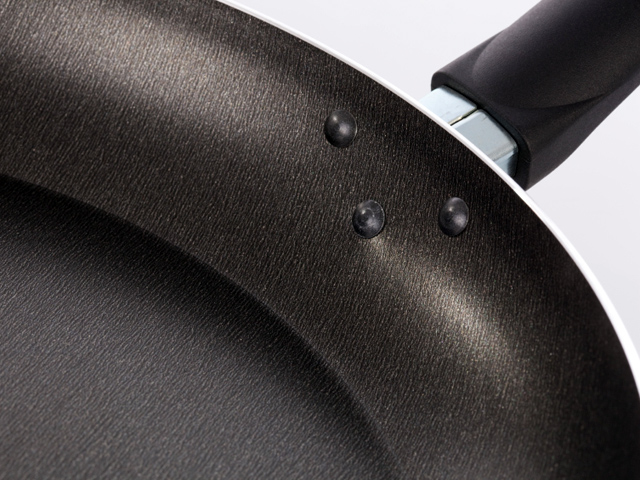 (CBS/AP) JACKSONVILLE, Fla. - You may be tempted to try your own variation of "out of the fire and into the frying pan" after you read the fine print in this story.

A would-be robber got more than he bargained for when an 81-year-old Jacksonville man hit him "upside the head" with some cookware.

Bobby Smith told officials he was working in his garden Saturday when caretaker Luvina Sones told him an intruder was in the house. So Smith went to investigate.

According to an arrest report, the armed suspect knocked Smith to the ground and took his wallet.

No matter.  Smith grabbed the nearest weapon - a frying pan full of friend potatoes. Smith whacked the intruder, knocking some of his teeth out with the frying pan.

Then he picked up a nearby pitchfork to stick the robber in the side.

The bleeding suspect fled, and Smith called for help. A K-9 unit found the wounded home invader, who was arrested.