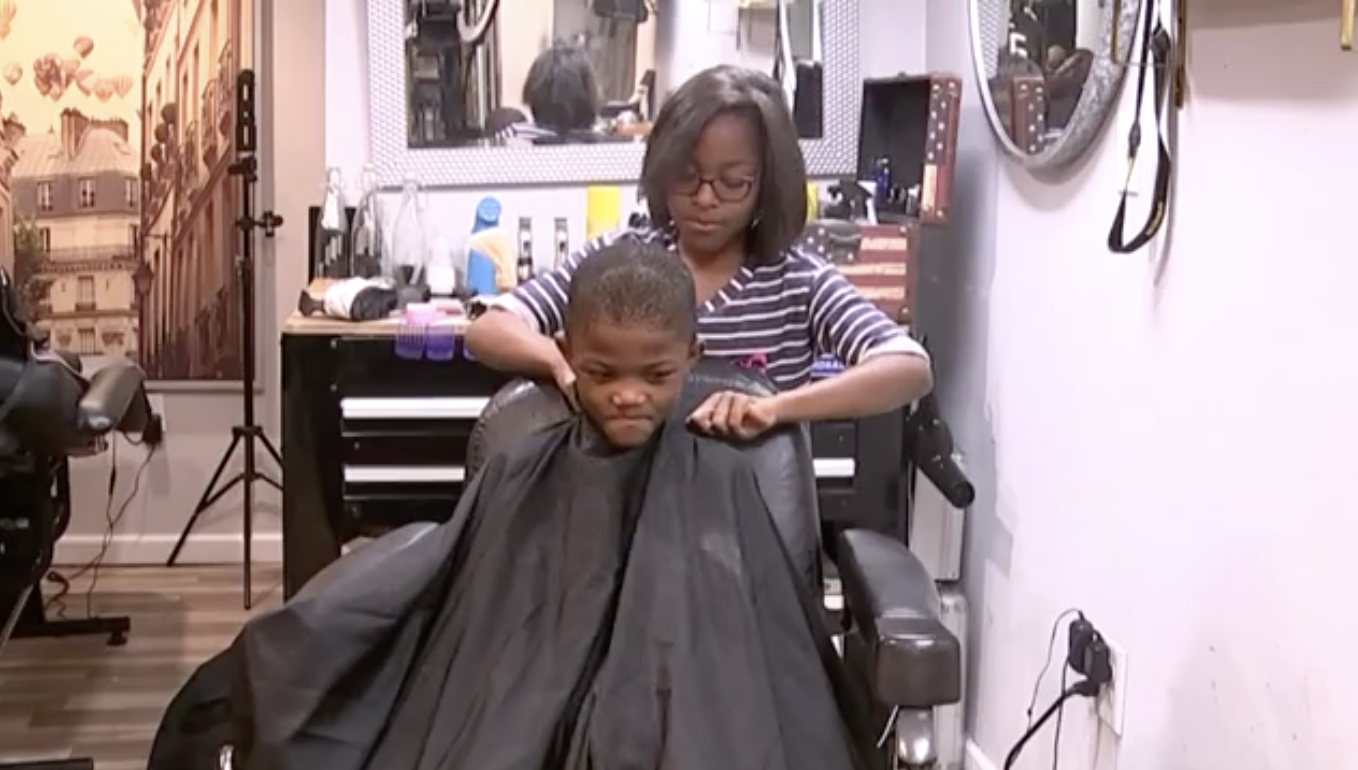 Eight-year-old Neijae Graham-Henries became a barber before even starting the second grade. Now she's using her skill to give back to the community.

Neijae visited the Junior Barber Academy in North Philadelphia with her older brother, who thought he might want to cut hair. Her brother decided it wasn't for him, but Neijae decided it was for her. "She said, 'Mom, he doesn't want to do it, I'll give it a go,'" Neijae's mom, Jamie Graham told CBS station KYW-TV.

Neijae completed the course before starting second grade this year. The little barber said she learned the whole hair styling process from start to finish. "It seemed kind of hard at first, then easy," she said.

Neijae said there is one celebrity she wants to give a haircut. "Donald Trump," she said. Why? "Because he has too much long hair so I would cut it."

For now, Neijae is focusing on smaller clients. She has been giving free haircuts to kids in her neighborhood. It's a community service project that utilizes her unique skills. Maybe one day this little girl with big dreams will become a celebrity hairstyles.

"It was really exciting for me to see her go after something that she really wanted to do," her mom said. "I'm hoping she can take that same attitude and that same focus and energy throughout her life."