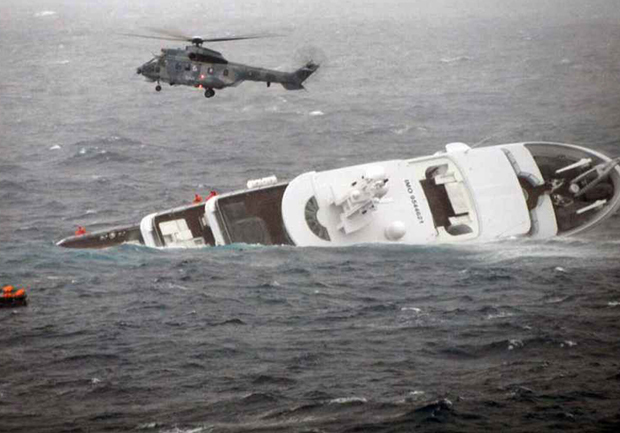 The Greek coast guard rescued eight people from a 200-foot French-flagged yacht as it was sinking in the Aegean Sea on Friday.

The luxury yacht suffered mechanical failure in gale-force winds off the coast of the island of Skyros.

The coast guard said two Air Force helicopters and a Navy frigate, as well as coast guard vessels and four commercial ships headed to the assistance of the yacht, registered as Yogi, after its captain sent out a distress signal Friday morning.

The captain said the yacht was taking on water and he had ordered the ship to be abandoned.

Rescue workers from were lowered down to the deck from Super Puma helicopters to lift the passengers, Reuters reports. A safety raft was also released into the water because heavy winds made the rescue operation difficult. All eight people on board were rescued. There was no immediate information on their condition or nationalities.