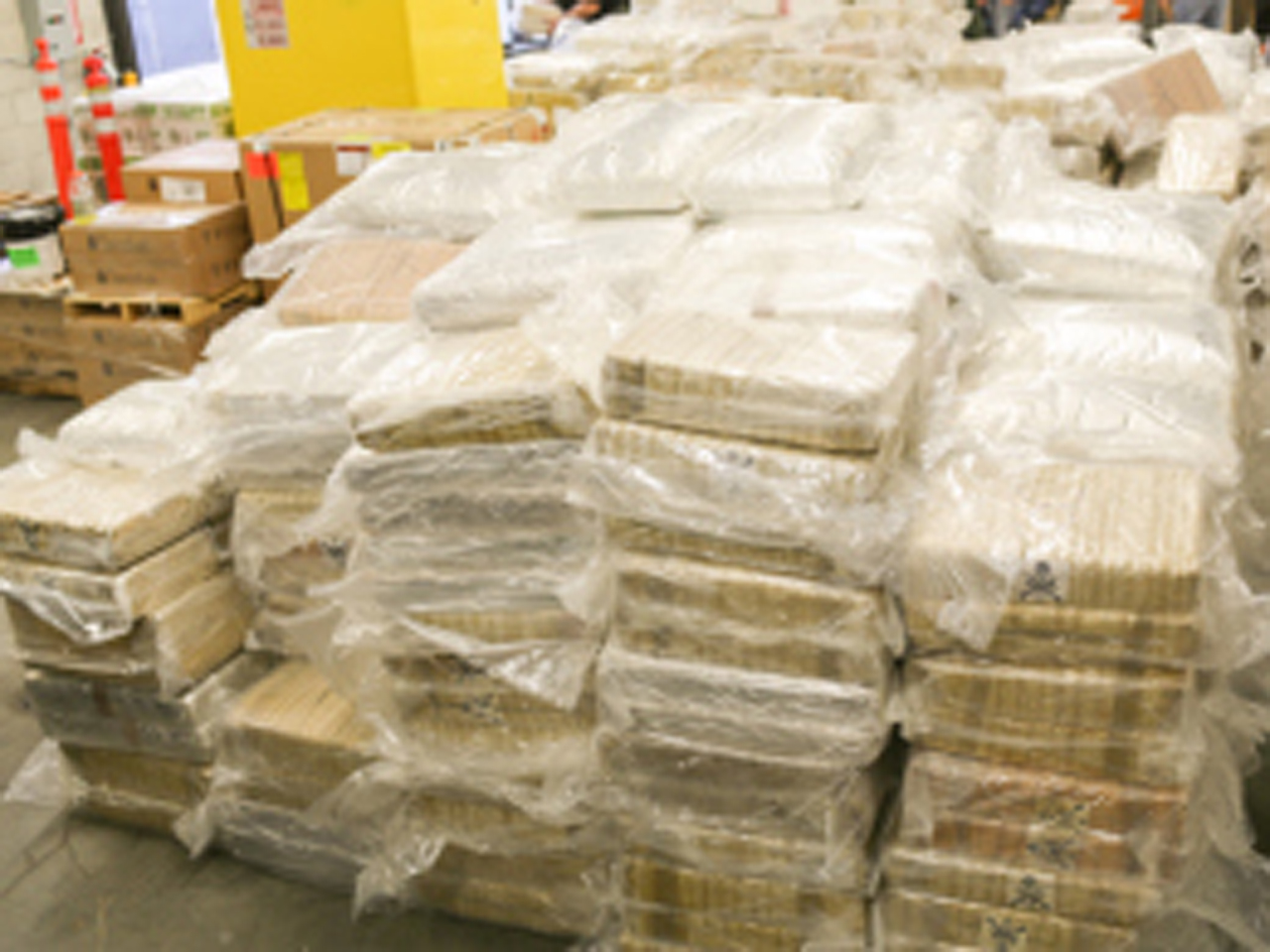 TUSTIN, Calif. - Roughly 12 tons of marijuana valued at $7 million was found hidden among an electronics shipment in a tractor-trailer in Tustin, Calif. on Dec. 2, authorities announced late last week.

Authorities discovered the drug haul around 8 a.m. a week ago Monday, after the driver of the big rig called Tustin police, reports CBS Los Angeles.

The driver, who was transporting a load of electronics from San Diego to a Tustin business, told authorities that he was traveling in Orange County when two men in a white-paneled van pulled up next to him and the passenger demanded that he pull over.

The passenger of the van displayed an “unknown type badge on a chain around his neck,” which appeared odd to the truck driver, reports the station.

“Suspicious of the unprofessional look and demeanor of the subjects, the driver pulled into a local business, where an armed security guard was stationed and police were notified,” Sgt. Andrew Birozy said, according to CBS Los Angeles.  “The van lingered in the area for a time, but fled before officers arrived.”

Police later determined that no law enforcement agency was involved in attempting to stop the tractor-trailer, reports the station.

“During an inspection and inventory of the cargo, officers discovered approximately 12 tons of marijuana, with a wholesale value of over $7 million, packaged in bricks and hidden in boxes among the electronics,” Sgt. Birozy said.

The driver of the van was described as a Hispanic man, about 30-years-old, with a shaved head. The passenger, also a Hispanic male, has a thin build and was wearing what appeared to be a black ballistic-type vest.

The truck driver was not suspected of aiding in the transport of the drugs, according to the station.

Anyone with information regarding this case is encouraged to contact Detective Haug at (714)573-3246.