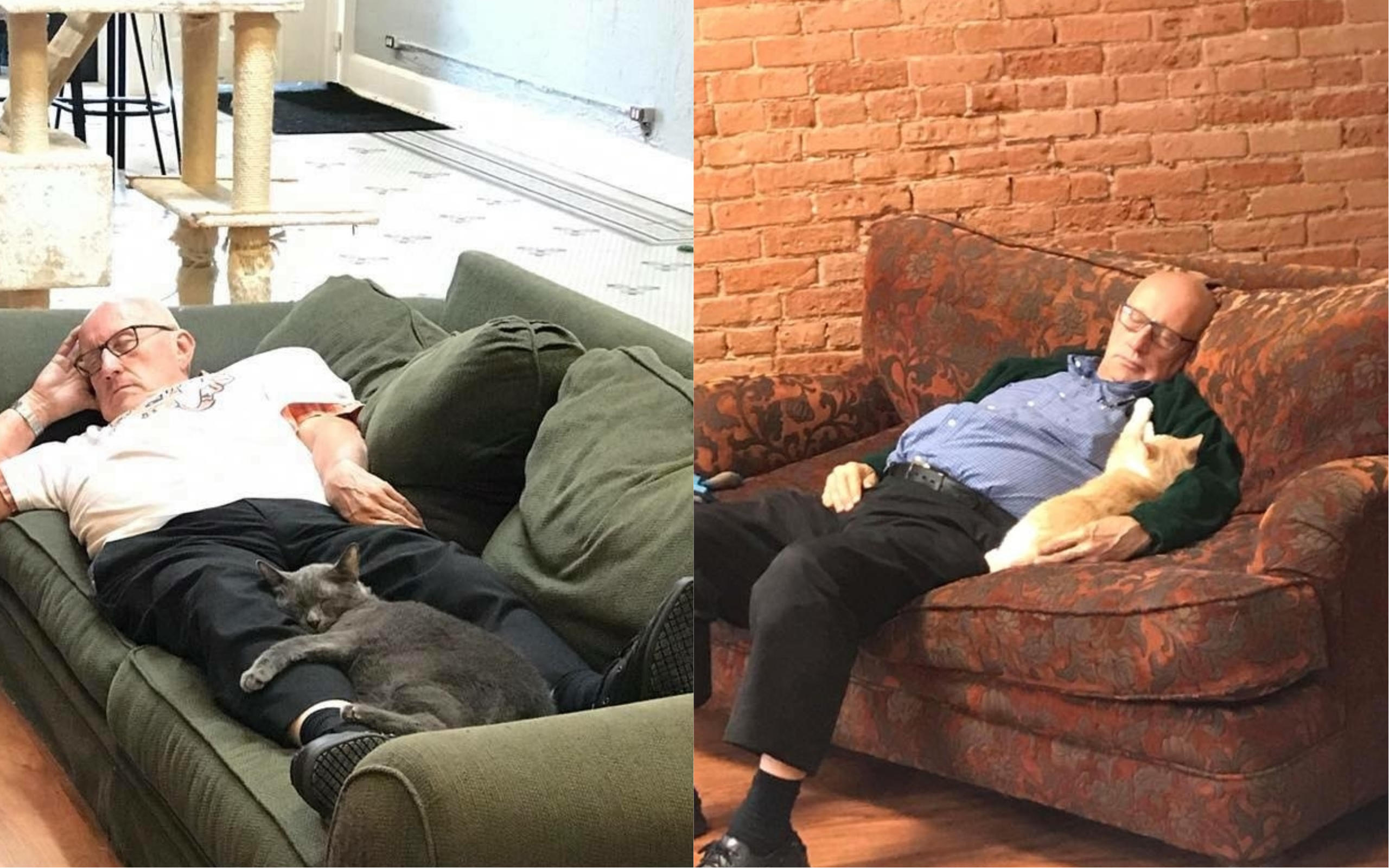 75-year-old Terry Lauerman is spending his retirement well by volunteering and napping -- at the same time. Lauerman is a volunteer at the Safe Haven Pet Sanctuary in Green Bay, Wisconsin, and every day he shows up ready to take a snooze.

Lauerman "just walked in" one day, Safe Haven's founder, Elizabeth Feldhausen, told WCCO. He had a cat brush and a love for cuddling cats. He sat down on a plush couch and took a little cat nap.

This form of volunteerism became Lauerman's daily routine -- and Safe Haven welcomed it. "We are so lucky to have a human like Terry," the shelter said in a Facebook post on Tuesday. "Terry just came along one day and introduced himself. He said he'd like to brush cats. Eventually, it became everyday. He brushes all of the cats, and can tell you about all of their likes and dislikes."

The sanctuary shared several photos of Lauerman always slumped on the couch with a different cat nuzzling up to his arm.

"He also accidentally falls asleep most days. We don't mind – Cats need this! Terry is a wonderful volunteer," Safe Haven's now-viral post reads. Over 17,000 people have shared the photos of Lauerman and his cozy cats.

Lauerman usually spends an hour sleeping on the couch with a cat, then wakes up and moves to another couch to nap with the next cat, WCCO reports. He did this for six months straight before Feldhausen eventually told him he had become an official volunteer and had him fill out a form.

The cat naps are helpful for both the felines -- who get 12 to 16 hours of sleep a day -- and Lauerman, who found a comfy way to spend his retirement.