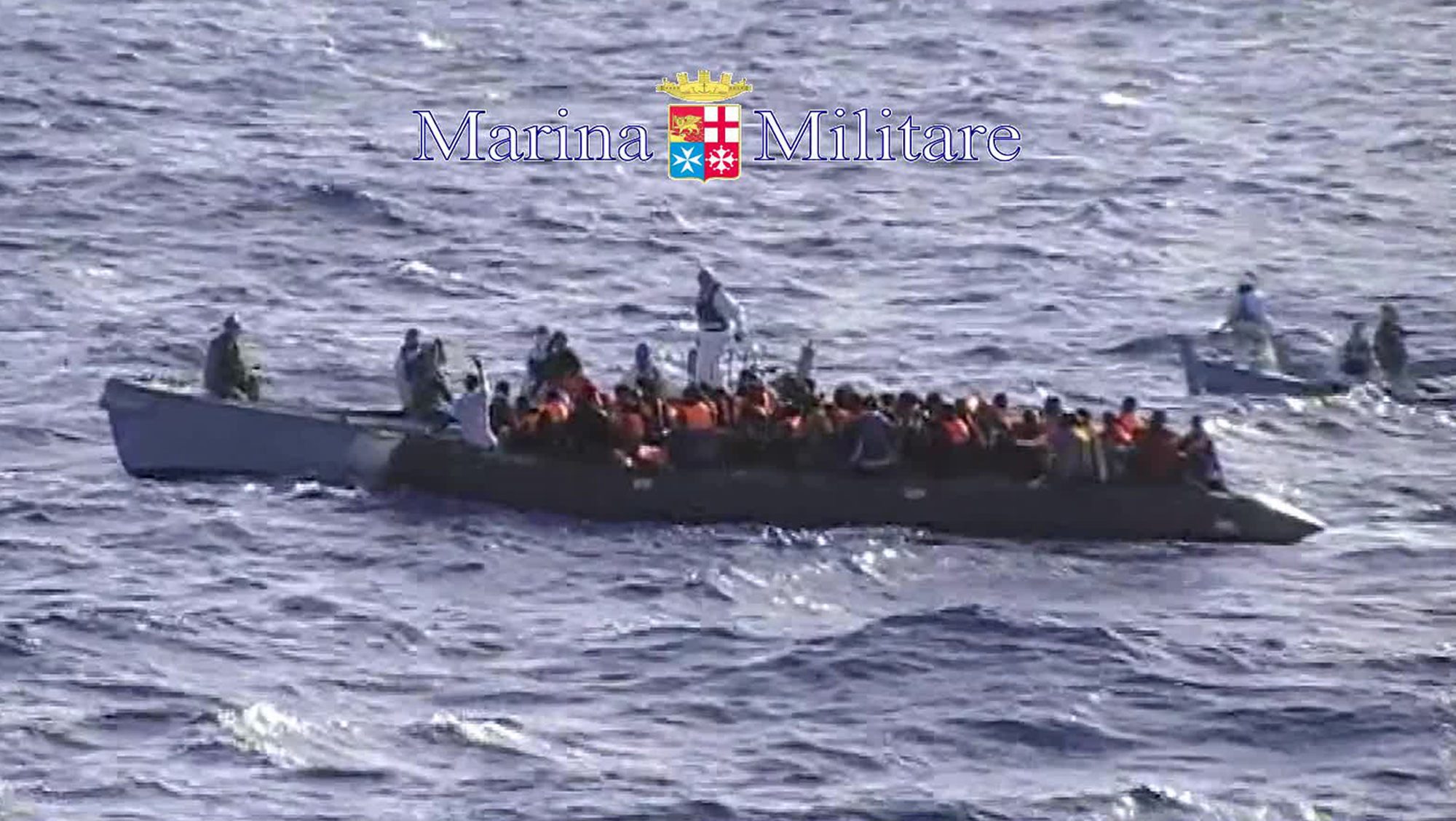 GENEVA -- This year is on track to become the deadliest year ever for migrants crossing the Mediterranean Sea: Migration officials say they fear 700 more people fleeing Africa for Europe have died in two separate boat wrecks during the past week - the same amount as were killed during all of last year.

That would raise the total number of migrants killed while risking a perilous journey on the sea to about 2,900 in 2014, according to estimates from the International Organization for Migration and other officials.

More than 20,000 people have died in the past two decades trying to reach the Italian coast, including 2,300 in 2011 and around 700 in 2013. IOM officials say the dire toll, which only includes cases known to authorities, reflects the turmoil in Libya and broader conflicts in Syria, Iraq and across the Middle East and Africa that are pushing many people to board unsafe smugglers' boats.

About 500 Syrians, Palestinians, Egyptians and Sudanese are feared to have died after their boat was rammed and sank off the Malta coast last week, the inter-governmental organization with 156 member countries said Monday. Another 200 are feared to have died from the capsizing of another boat carrying at least 250 African migrants to Europe off the coast of Libya this week.

The group of migrants was undertaking a perilous journey from the Egyptian port of Damietta, seeking a better life in Europe, when their boat was overtaken by human traffickers equipped with two vessels on Wednesday, said organization spokeswoman Christiane Berthiaume.

For years now, thousands of African, Asian or Middle Eastern migrants have attempted risky voyages, primarily from Libya, across the Mediterranean in unseaworthy boats to get to Italy's coastline and islands. Hundreds die en route. Unless they are eligible for asylum or have families or jobs in Europe, they risk expulsion by Italy.

This year, with the surge of conflicts, roughly as many arrived in the first few months of 2014 as in all of 2013. Many of them are Syrians, Palestinians, Eritreans, Sudanese or from other African countries. This summer, the IOM pleaded with the world to take notice that the tragedy of migrants dying at sea isn't just limited to the Mediterranean - it's a global phenomenon.

Survivors say they paid smugglers fees ranging from a few hundred to a few thousand dollars. Sometimes the smugglers transfer the passengers to other boats, or abandon them shortly before reaching Italian shores and escape aboard fellow smugglers boats for the trip back to northern Africa. Or they may try to blend in among the migrants.

Italy has repeatedly pleaded with its European partners for more help in trying to patrol the waters. Previous deals by the Italian government with the then-regime of Moammar Gadhafi to try to thwart the smuggling operations in exchange for Italian infrastructure projects in his company yielded at best only modest results, and fell apart when the regime was ousted.

The two Palestinians were rescued by a Panamanian-flagged container ship which brought them to Pozzallo, Italy. The other seven survivors were picked up by other boats that brought them to Crete, Greece and Malta.

"We cannot say how many might be missing" because the Italian Coast Guard didn't pick up those survivors who gave that account, said Lt. Alessandra Ventriglia. She said a search of the area, which lasted through Sunday, found no trace of the boat or the bodies.

Berthiaume said another boat carrying at least 250 African migrants to Europe capsized before leaving the coast near the Libyan capital on Monday, and that most were feared dead. A coast guard spokesman, Qassim Ayoub, told AP that dozens of bodies were being retrieved 18 kilometers (11 miles) off the coast of Tripoli's Tajoura district and that 36 African migrants, including three women - one of them pregnant - were rescued.

More than 100,000 people have been rescued at the Mediterranean since January, the U.N. refugee agency said. Over this past weekend alone, Italian rescue operations helped save and bring to ports on both the mainland and in Sicily nearly 3,000 migrants.

Both the IOM and Ventriglia said the Panamanian-flagged container ship also rescued more than 380 people who were aboard another boat that sunk in the Mediterranean during the past week. There were few other details available, partly because the rescue was carried out by a commercial ship.

On Sunday, Angelina Jolie met with surviving refugees on Malta and called on the world to "wake up" to the migrant crisis involving Mediterranean countries. The actress serves as special envoy for the United Nations' refugee agency.

Meet the people pulling out landmines so Ukrainians can go home
Thanks for reading CBS NEWS.
Create your free account or log in
for more features.
View CBS News In
CBS News App Open
Chrome Safari Continue
Be the first to know
Get browser notifications for breaking news, live events, and exclusive reporting.