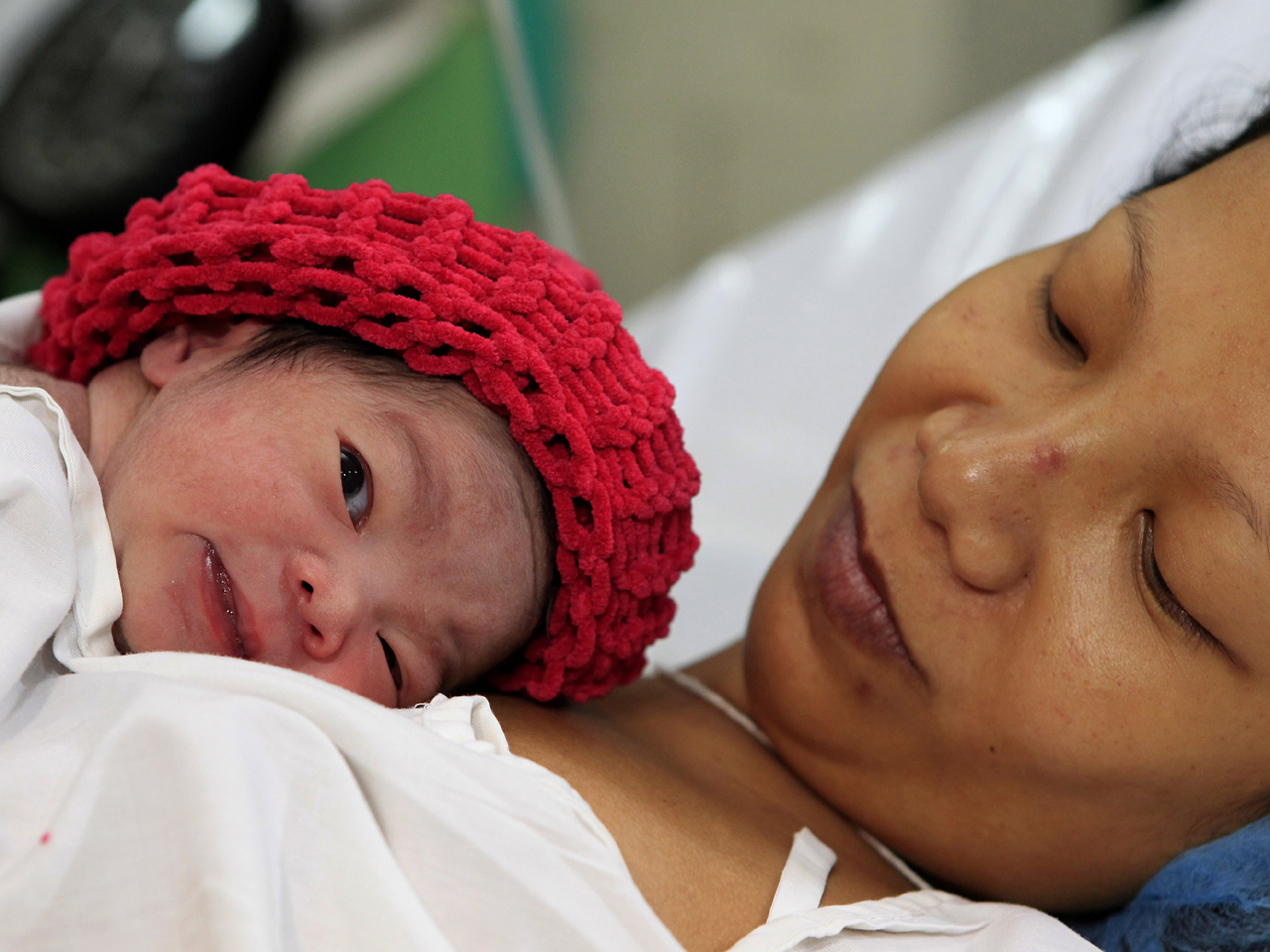 MANILA, Philippines - Countries around the world marked the world's population reaching 7 billion Monday with lavish ceremonies for newborn infants symbolizing the milestone and warnings that there may be too many humans for the planet's resources.

While demographers are unsure exactly when the world's population will reach the 7 billion mark, the U.N. is using Monday to symbolically mark the day. A string of festivities are being held worldwide, with a series of symbolic 7-billionth babies being born.

The celebrations began in the Philippines, where baby Danica May Camacho was greeted with cheers and an explosion of photographers' flashbulbs at Manila's Jose Fabella Memorial Hospital. She arrived two minutes before midnight Sunday, but doctors say that was close enough to count for a Monday birthday.

The baby received a shower of gifts, from a chocolate cake marked "7B Philippines" to a gift certificate for shoes.

"She looks so lovely," the mother, Camille Galura, whispered as she cradled the 5.5-pound baby, who was born about a month premature.

The baby was the second for Galura and her partner, Florante Camacho, a struggling driver who supports the family on a tiny salary.

Dr. Eric Tayag of the Philippines' Department of Health said later that the birth came with a warning.

"Seven billion is a number we should think about deeply," he said.

"We should really focus on the question of whether there will be food, clean water, shelter, education and a decent life for every child," he said. "If the answer is 'no,' it would be better for people to look at easing this population explosion."

"If we could slow our growth rate, we have an easier job in dealing with all the other things like education, health, employment, housing, food, the environment and so on," Cohen told CBS News.

Click on the video player below to see the full interview with Cohen:

Last week, CBS Evening News reported how researchers with The National Geographic had averaged out the characteristics of the world population to come up with a "typical person."

The National Geographic researchers found nine million people who had the most in common. They overlayed the faces of 190,000 of them to create one image: Earth's everyman.

So CBS News went looking for that guy. We called and emailed Chinese-American groups around the country for help. And one of them led us to Main Street, in Queens, New York, and Mu Li.

He arrived five months ago from Chong Qing, a southwest China mega-city of 28 million people. Li is working in New York as a reporter for the People's Daily, China's state newspaper.

Li is Han Chinese. Mandarin is his first language. And he recognizes the universality of his personal profile.

"I have a common face, a common background. Suddenly you realize, you say, 'Wow, you are the most typical person in the world,'" Li said.

Li fits other criteria. He's right-handed, works in a service industry, lives in a city, owns a cell phone, but no car.

We showed him National Geographic's composite image, and he admits he sees himself in it, chuckling at the suggestion that he may be better looking.

Li's reign as Earth's Everyman will not last long. Earth's population could reach 8 billion people in 2026. By then, the most typical human, will be from India.