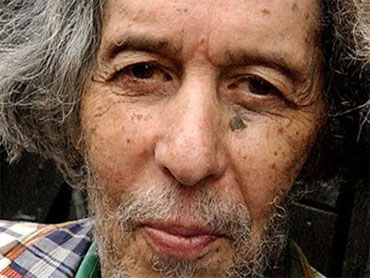 Tuli Kupferberg, a founding member of the Fugs, one of the first underground rock groups, and a staple on the 1960s anti-war protest scene, has died.

Kupferberg, who had suffered strokes in the past year, died Monday in a Manhattan hospital, said his friend and bandmate Ed Sanders. He was 86.

"I think he will be remembered as a unique American songwriter," Sanders told The Associated Press in a telephone interview from his home in Woodstock, N.Y. "Tuli had an uncanny ability to shape nuanced lyrics."

Sanders, who is writing a new memoir about the Fugs, said he visited his friend in the hospital on Thursday. Although Kupferberg was clearly ailing, he leaned into his ear and sang him the lyrics to a Fugs classic, "Morning, Morning," Sanders said.

Kupferberg's contributions were recognized in January when Lou Reed, Sonic Youth and others appeared at a benefit concert in Brooklyn to help pay for some of his medical expenses. He was too ill by then to attend the show, but recorded a 10-second video message, according to the New York Times, thanking the audience.

"Now go out there and have some fun," he said. "It may be later than you think."

The Fugs were formed by Sanders and Kupferberg, who were neighbors on Manhattan's Lower East Side in early 1965, according to the band's website. Their name, a substitute for a common expletive, was inspired by Norman Mailer, who used it in his classic, "Naked and the Dead."

The band ran in the same circles as Andy Warhol, Frank Zappa and the Mothers of Invention, Jimi Hendrix, Janis Joplin and other icons of the 1960s. It often performed at peace protests.

Kupferberg once referred to the band as "the U.S.O. of the left," according to the Times.

The group disbanded in 1969, but reformed several times since. It performed for a time on the Reprise label, which was owned by Frank Sinatra, who had final approval on album releases.

Kupferberg, who also was a poet, produced cartoons for the Village Voice and had a longtime television program on the Manhattan public access cable channel, Sanders said. He posted some recent performances, which he called "preverbs," on YouTube, including, "Backward Jewish Soldiers (Hug your Gentile brothers)," which was his adaptation of the classic, "Onward Christian Soldiers."

He is survived by his wife, Sylvia Topp; three children and three grandchildren.