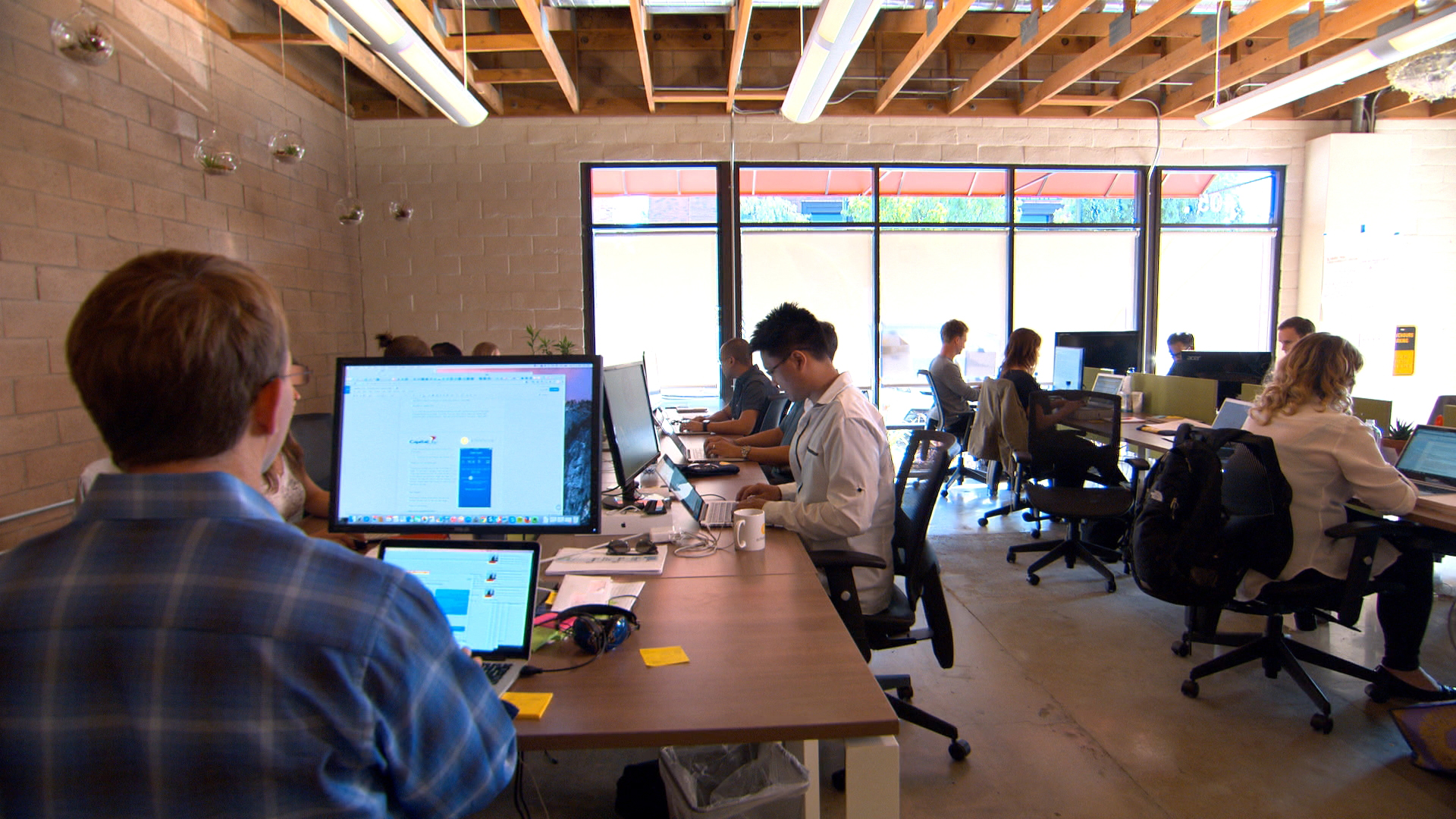 Never heard of “fintech”? You’re not alone. “Financial technology” is just catching on in the staid world of banking. But as 60 Minutes reports this week, many millennials are finding that fintech startups offer an easy and appealing way of handling transactions.

“They grew up with technology. They understand technology, it’s in their bones,” explains correspondent Lesley Stahl in the Overtime video above. “Once mobile phones came into existence, that became their mode of communicating. And now more and more, how they pay for things.”

Tech companies have taken notice and are competing to figure out how best to capitalize on the trend. “Startups that have revolutionized every single sector, you know, from hotels to car rides to bookstores to everything, have now finally come to banking,” says producer Shachar Bar-On, adding that it’s long been considered a tough industry to crack. “It’s very regulated, it’s very rich, it’s very established. Like, why would anyone even try? And it seems like in the last couple of years, about 12,000 companies are trying.”

Millenials make an ideal target audience. Born in the last two decades of the 20th century, they are now the largest generation in America. Wall Street even has a nickname for them - the HENRYs - which stands for “high earner, not rich yet.”

This is exactly the population that fintech is trying to lure away from banks. As the story explains, many millenials are distrustful of traditional financial institutions, having grown up during the financial crisis and seen banks issue bad mortgages and high-interest student loans. So rather than turn to a bank teller or even an ATM for cash, they’re increasingly reaching for their cellphones and apps like Venmo.

Venmo, a startup based in New York and San Francisco, is “unbelievably popular among a younger group,” Bar-On says. “It’s actually a verb. You know, Venmo the rent, Venmo me money for the pizza.” Executives Mike Vaughan and Bill Ready showed 60 Minutes how it works: Vaughan presses a button and Ready immediately gets a notification that the payment has arrived.

Before Venmo, Ready explains, one person would foot the bill and have to “go hassle somebody for weeks afterwards. Now all that is just super easy, low-friction, takes all the awkwardness right out.”

So are fintech-loving HENRYs scaring the old guard banks of Wall Street?

“I think they’re concerned,” Stahl says. “Banks themselves are investing in fintech and partnering in fintech. I think they do understand that this is a wave. And they are now trying to ride it. Yeah, the banks are concerned enough to now try to get a piece of this for themselves.”

The video above was originally published on May 1, 2016 and produced by Ann Silvio and Lisa Orlando; and edited by Lisa Orlando.

Editor’s Note: After the video in the player above was produced, Venmo’s owner, PayPal, announced in a U.S. Securities and Exchange Commission filing that the Federal Trade Commission is investigating Venmo for possible unfair trade practices. As of this summer, that investigation continues.