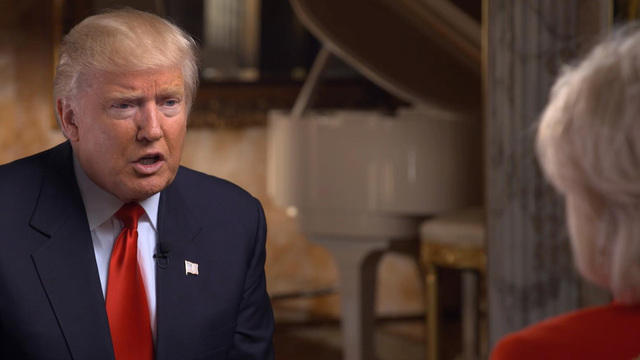 On Sunday’s 60 Minutes, 20 million viewers tuned in to watch the first extensive interview with the country’s new President-elect Donald Trump.

Some viewers could barely contain their excitement:

Others tuned in warily:

After the interview, correspondent Lesley Stahl told 60 Minutes Overtime she noticed a “more subdued, more serious” side of Donald Trump. Some viewers said they noticed a change as well. And they weren’t pleased with the way the president-elect referred to his opponent:

President-elect Trump also hinted at changes to one of his most famous campaign promises: building a wall across the U.S-Mexico border. When Lesley Stahl asked if he would consider using fence instead, he said, “For certain areas, I would.”

The biggest change some viewers noted was Donald Trump’s demeanor: