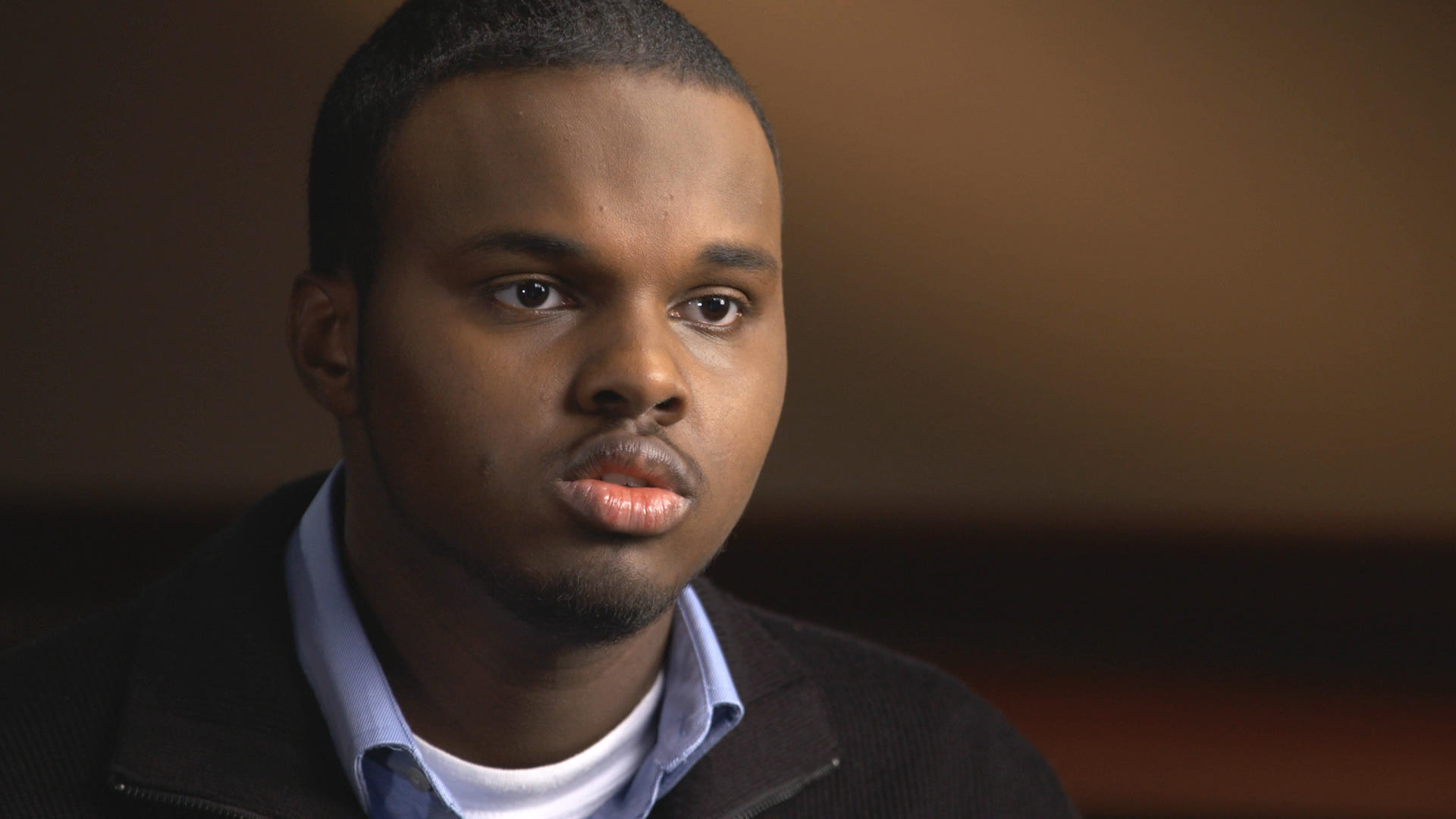 Abdirizak Warsame may have an exotic name, but by all accounts, he was an American teenager. He lived with his mom in the Cedar-Riverside neighborhood of Minneapolis, where he played basketball and wrote poetry in high school.

How, then, did he become a leader of an ISIS cell?

On 60 Minutes this week, Scott Pelley talks with Warsame, who at the time of the interview was awaiting sentencing and faced up to 15 years in prison. In reporting how young Americans like Warsame have joined, or tried to join terrorists overseas, Pelley and his team found a recurring theme in Minnesota: a generation of youth who are confused about where they belong. They are, as Pelley explains, "too foreign for many Americans, and too American for their parents."

In Cedar-Riverside, where 20,000 refugees from Somalia began to settle in the 1990s, Warsame grew up in two worlds: a first-generation American caught between his Somali heritage and daily life in Minneapolis.

"Growing up in Minnesota, it's different than most people, because you have all these different identities," he tells Pelley in the clip above. "You know, you're a Somali. You're Muslim. You're America. And so it's kind of confusing for some youth growing up in that kind of environment."

Because Warsame moved to the United States as an infant, his experience in America was very different from his parents', who came to this country to flee a civil war.

It's this identity confusion that ISIS recruiters take advantage of, says Mohamed Amin.

Like Warsame, Amin is a Muslim and a Somali-American living in Minneapolis. But he works to prevent young Americans like Warsame from becoming radicalized. He's the creator of an online cartoon called Average Mohamed, which he hopes will provide a counter-narrative for confused youth who would otherwise turn to outlets like terrorism.

"Racism does exist. But it will not stop you." Mohamed Amin, creator of "Average Mohamed"

"What it is, is disillusionment," Amin tells Pelley in the clip above. "It's not feeling welcome, not being accepted, and not being able to cut it."

When young Muslims feel disenfranchised, they seek alternate worldviews, he says. And in doing so, they give up the American dream.

"They buy into this worldview of extremism, of seeking better," he says. "And the betterness is heaven, for instance, and going to heaven."

Amin doesn't just make cartoons to create a counter-narrative, he speaks in schools around the Minneapolis area to whomever will listen.

He acknowledges to students that racism and Islamophobia exist—but that it doesn't have to define them.

For Somali-American immigrant Yusuf Abdurahman, that message didn't reach his son, Zacharia, who like Warsame, pled guilty to supporting a terrorist organization.

His advice to other immigrant parents? Learn how to raise American children. And he says, for some Somali parents, that means not being so harsh.

"We don't do compliments," he says of Somali parents. "We don't praise the kids. We don't hug them. We don't just tell them, 'We love you.'"

He says parents have to learn to adapt to American ways of raising children, not necessarily the way they were raised in their home countries.

"We are out of touch with our children," he tells Pelley in the clip above. "We don't communicate. We don't relate to each other."

Editor's Note: These videos were originally published on Oct. 30, 2016. A few weeks later, in mid-November, Judge Michael Davis told Abdirizak Warsame "I'm not convinced you're still not a jihadist," and sentenced him to two-and-a-half years.

How social media has changed the U.S. Congress