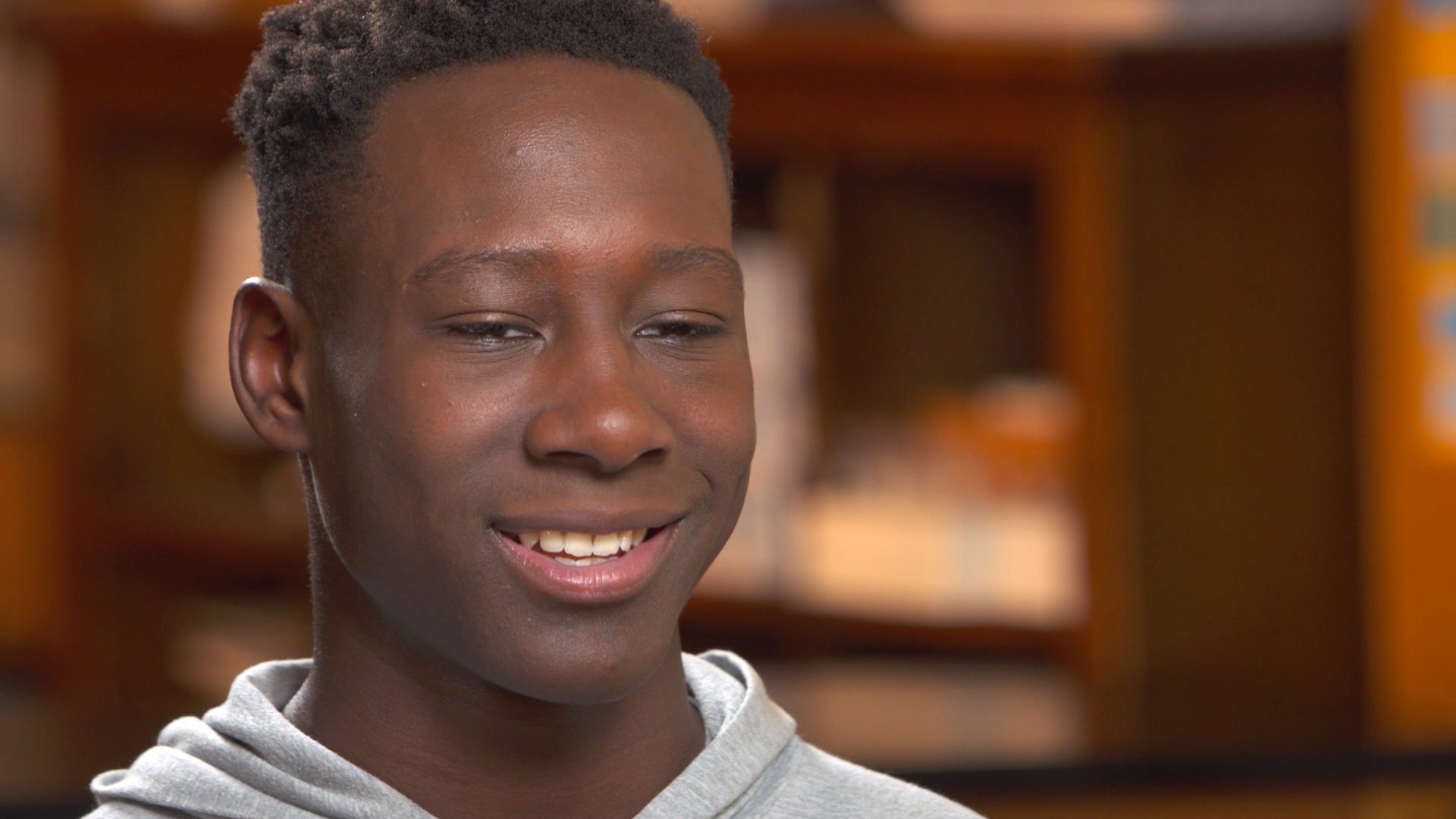 Practically homeless because of a bad situation at home, Andrew Brice needed help. He could have done worse than sneak into a sports practice at St. Benedict's where the motto is "Whatever hurts my brother hurts me." That was two years ago. He's been there ever since, studying hard and hoping for the chance to become a dancer someday and graduate from a unique school in Newark, New Jersey, where he's getting more support from his fellow students than he ever got at home or foster care. Scott Pelley reports on the special Catholic Prep School in Newark where the students take charge of the school and their fellow pupils on the next edition of 60 Minutes Sunday, March 20 at 7 p.m. ET/PT.

Brice was sleeping on streets when he slipped into the school's natatorium one Friday where water polo practice was going on. He told the coach he need help and the school he attended wasn't giving him any. What did the coach tell him? "Monday you should be in school," Brice remembers.

Brice now lives on the grounds of the monastery adjacent to the school and is getting an education along with the rest of the more than 500 students who whose race and religion reflect the inner city neighborhood it's located in. That's part of the school's DNA since 1967, when racial tensions and a famous riot caused white flight.

Benedictine Monk Edwin Leahy has been associated with the school for most of six decades as student, teacher and now the headmaster of St. Benedict's. At the core of the school's idea is empowering kids, many of whom had no control over their lives. They make decisions on activities and rules. And if they make bad decisions, "That's a better learning experience for them. The rule typically is if you're going to make a decision without adult advice you had better be right," says Leahy.

60 Minutes visited the school periodically over 11 months to record the everyday lives of the students and faculty, including the morning rally where the school's motto is shouted to the rafters. Part of running the school is electing their leader. Bruce Davis is the St. Benedict's senior group leader. He tells Pelley looking out for his brothers is one of the most important aspects of the school and if one strays, the rest of St. Benedict's must bring him back. "If he's out, if the parents don't know where he is, we have to go find him because he has to be in school."

That philosophy and the school's motto play a role in the 98-percent graduation rate St. Benedict's boasts. A stunning eighty-five percent earn college degrees. Brice, a junior, still has some hurdles in front of him. "Yeah. It's been hard," says Davis. "He's not a quitter, you know. And that's another motto. Benedict's hates a quitter."