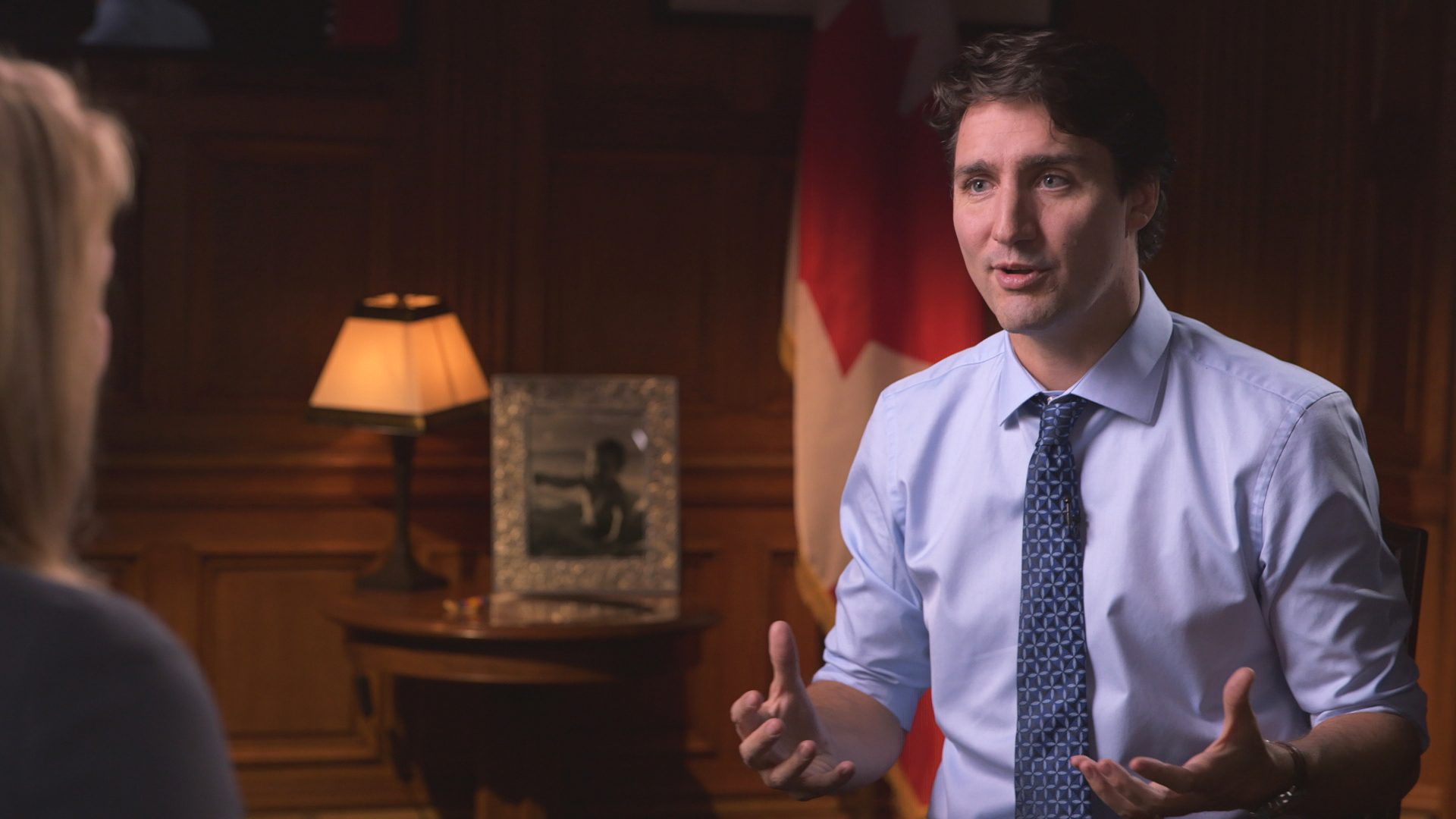 "What do I need to know to go into politics?" That's what a 27-year-old Justin Trudeau asked his father, former Canadian Prime Minister Pierre Trudeau, before embarking on his own political career.

On 60 Minutes this week, Lara Logan talks to Trudeau about his surprising victory last fall and what it was like to grow up as political royalty - the eldest child of a legendary leader and his glamorous wife. The answer, it seems, is complicated.

When his parents' marriage foundered, his mother, Margaret, left Justin and his two brothers alone with their father for long stretches while she traveled to England or New York. "We were three small boys who were living with our dad who was, you know, running the country."

The tabloids depicted Margaret as a wild child who abandoned her sons to party with rock stars at Studio 54. But Trudeau later learned that his mother had been wrestling with mental illness. "It just was never talked about. It was never addressed," he says. "It was, you know, hushed and put aside."

When he learned she was bipolar, he saw the divorce in a new light. And now, he says, he's proud of her for speaking publicly and helping to destigmatize mental illness.

In grade 12, headed toward university, the prime minister tells Logan, he had troubles of his own. "I was on a track that was going to be all about high achieving, and I hadn't really realized that it was very much about following in my father's footsteps," he says. "And I had a bit of a breakdown, where I just realized this wasn't my track. This wasn't being true to me."

Trudeau readily admits he took an unusual path to prime minister. "I was a snowboard instructor. I was a bouncer in a nightclub. I was a whitewater river guide for many years. I worked as a teacher," he says. "I make no apologies for a very varied set of life experiences."

At a young age, Trudeau encountered Sophie Grégoire, a girl who went to school with his younger brother Michel. Twenty-five years later, Sophie and Justin cohosted a charity event together. "It started from there," she says.

After some initial miscommunication, they had an epic first date - involving Afghan food, ice cream and karaoke. Later that night, she says, they spoke about his brother Michel, who had died in an avalanche, and Trudeau's face suddenly changed.