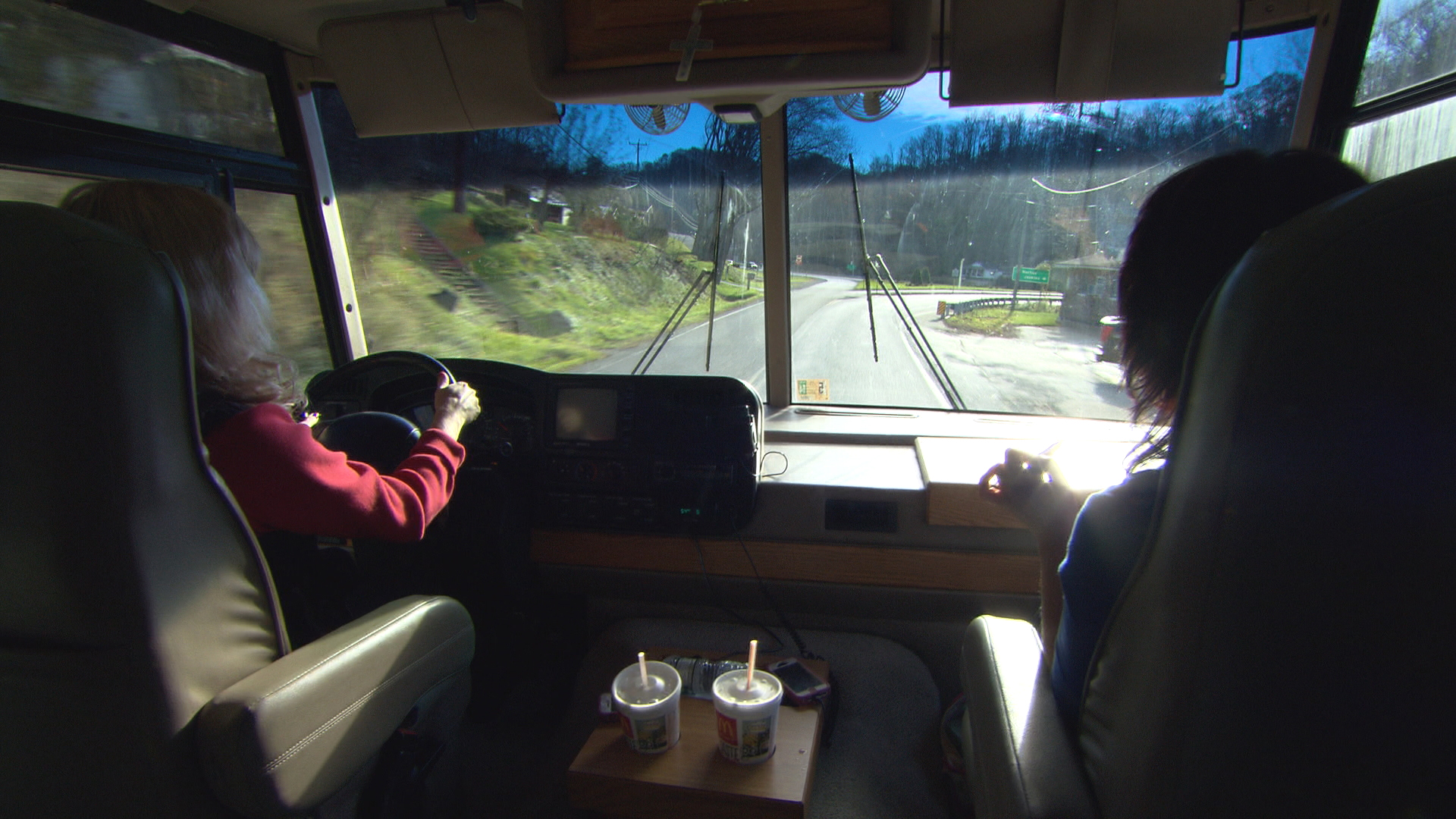 Editor's Note: This segment was originally published on April 6, 2014.

This week, 60 Minutes boarded the Health Wagon, a mobile health clinic in a beat-up Winnebago. It's run by Teresa Gardner and Paula Meade, two nurse practitioners who navigate the hills and hollows of Appalachia, providing free medical care to the working poor.

In 2008, the team encountered that same Winnebago while reporting another 60 Minutes story called "Lifeline" about a charity that air drops weekend-long health clinics into remote, needy areas of the country.

"To see hundreds of people line up before dawn just because they have a chance to see a doctor about something that's probably been bedeviling them for years-- it's enormously moving," says Pelley.

Working among the health care volunteers during the weekend 60 Minutes shot the 2008 story was nurse practitioner Teresa Gardner. During some pre-interview chit-chat with Pelley and Schuster, she told them about her almost daily treks through Appalachia to deliver free health care to her struggling community. Pelley and Schuster even shot footage of the Health Wagon, which was there to help out for the weekend. The footage never made air, but the story of the Winnebago stuck with the 60 Minutes team.

"It's the feel of a country doctor," Schuster says. "They don't just rush 'em in and out, they talk to them. It's old-fashioned medicine in a lot of ways. You get a feel there that they're treating the patient and not just the symptoms."

"We were so moved and inspired by what they were doing," Pelley tells 60 Minutes Overtime. "Henry has, for years, wanted to go back and revisit that story."

"You see this little bitty ol' Teresa and she's driving this big old Winnebago through the mountains," says Schuster, "and your producer brain is going, 'That's gotta be a story.'"

And it certainly was-- starting with the Winnebago itself.

"There's not many more than 50,000 miles on it, but those are really hard miles," Schuster says. "Those are, like, dog years when they go up and down those hills."

But even more compelling is what happens inside the Health Wagon nearly every day when it's parked next to gas stations and convenience stores. Like old-fashioned country doctors, Gardner and Meade see patients with all types of serious medical problems -- everything from stroke symptoms to diabetes to depression-- at no charge.

For the working poor with no health insurance in Appalachia, the Health Wagon is often their only option for medical care.

"Obamacare was supposed to change all of this," says Pelley. "These folks, many of whom work full time at minimum wage, make too much money in those states to qualify for Medicaid, but they don't make enough money even to buy insurance on the health care exchanges. So at least five million Americans now fall through this gap. And they're in the same place they always were, without health insurance and unable to buy it."

Editor's Note: Since this segment was originally published, Teresa Gardner and Paula Meade acquired a new Health Wagon, thanks to philanthropic support and government grants.